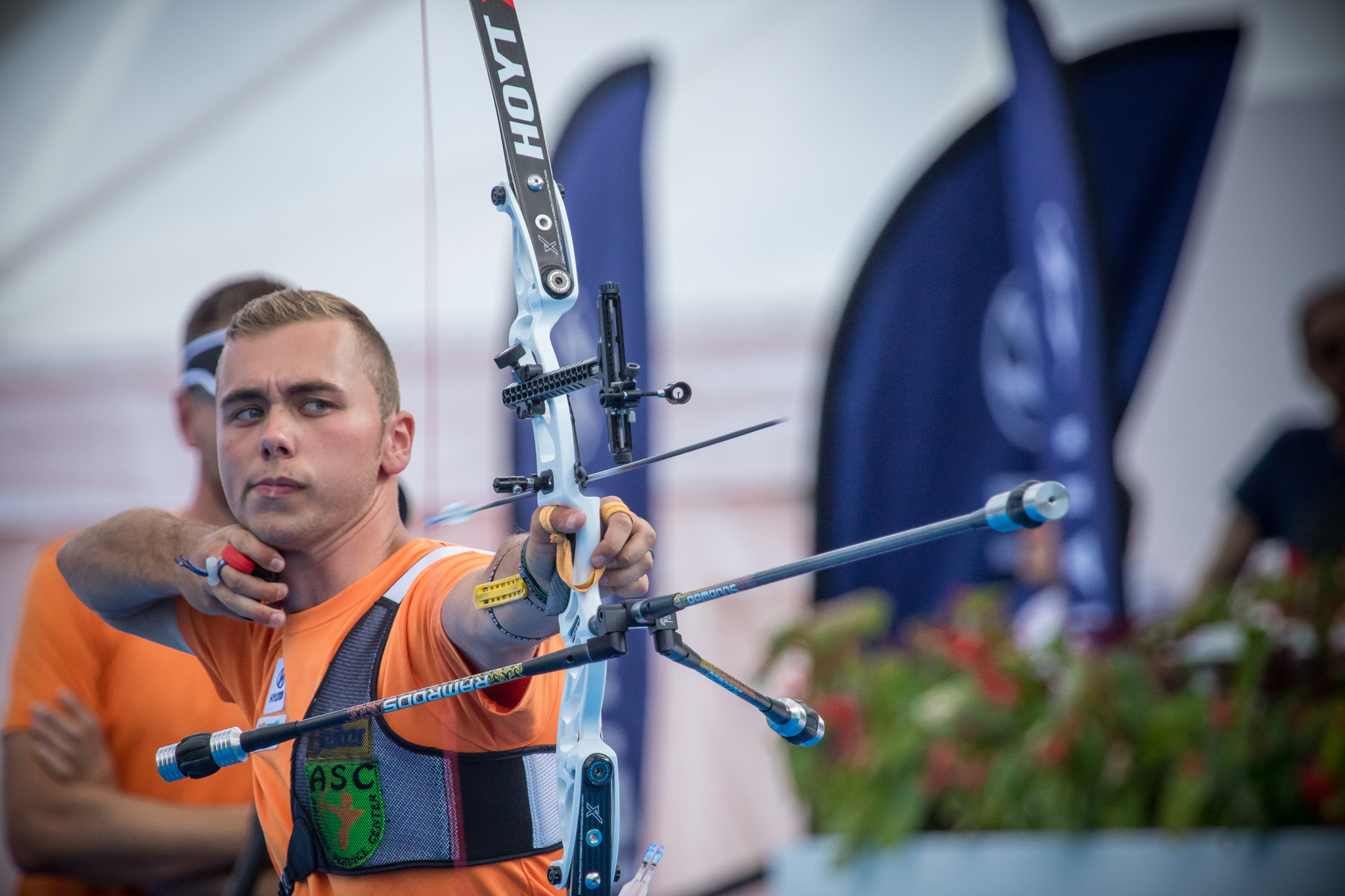 Dutchman Steve Wijler secured the men's recurve title with victory over Moldova's Dan Olaru to continue his rise in the sport at the European Archery Championships in Poland.

He added to his growing medal collection with European gold following a 6-5 shoot-off triumph over Olaru, who had knocked out defending champion Jean-Charles Valladont of France in the semi-finals in Legnica.

Valladont ended the tournament on a high, defeating Heorhiy Ivanystkyy of Ukraine 6-2 in the bronze medal match.

Russian Anton Bulaev took the men's compound honours with a 147-145 win over Italian opponent Sergio Pagni in the final.

Bronze was claimed by Italian Federico Pagnoni, who overcame Pierre-Julien Doche of France 149-144.

In the women's final, Spain's Andrea Marcos got the better of Turkey's Yesim Bostan with a 146-144 success.

Olympic bronze medallist Sophie Dodemont of France suffered a 146-144 defeat to Tanja Jense of Denmark in the match for third place.

Adam Ravenscroft, James Mason and Neil Bridgewater had earlier delivered Britain's first men's team gold for 50 years as they triumphed in the men's compound event with an impressive 230-229 victory over France.