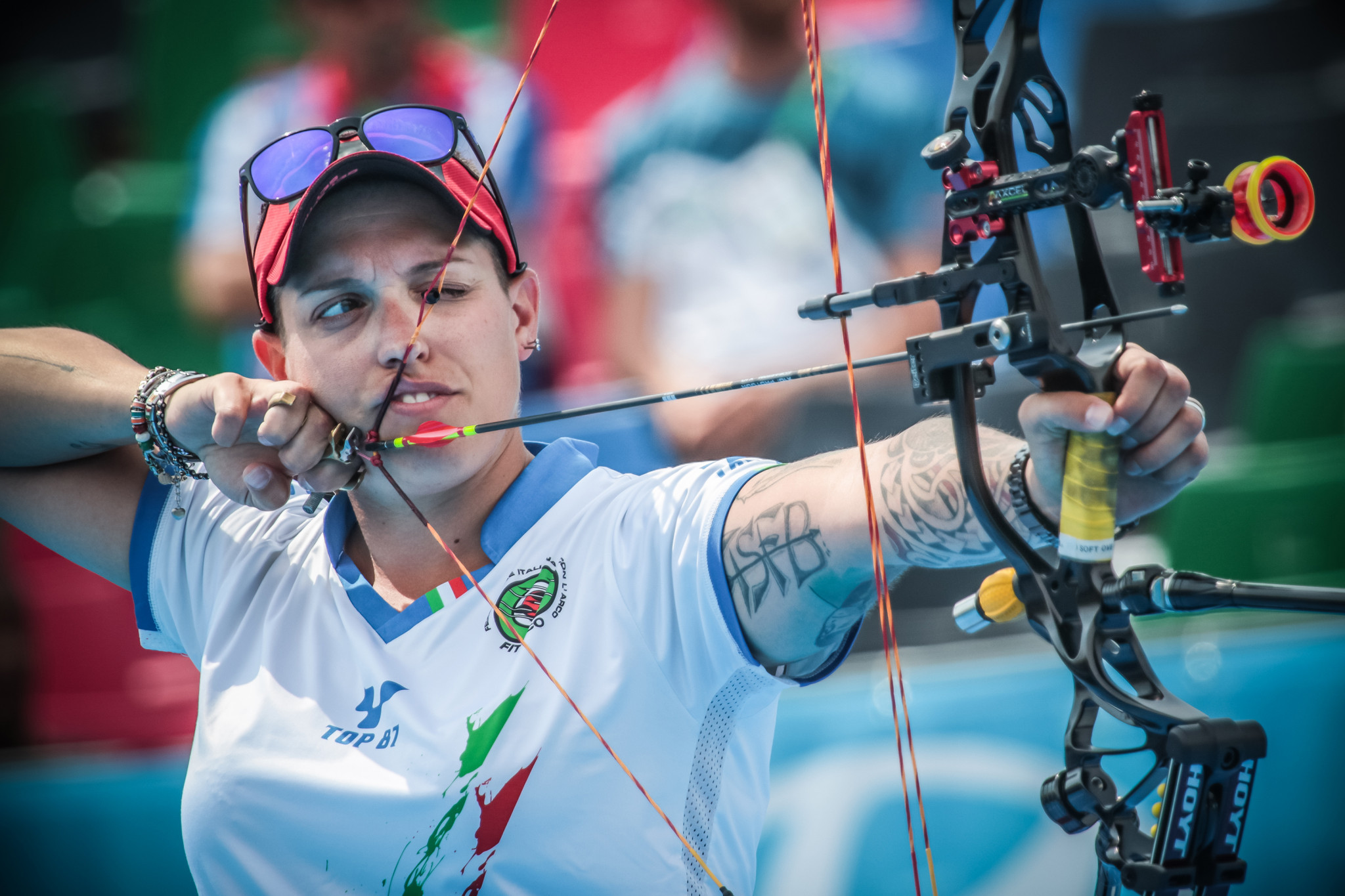 Italy will have the chance to sweep the team recurve titles at the European Archery Championships after they progressed to the final of the men's and women's events in Poland.

The Italian men will take on defending champions Russia for the gold medal on Saturday (September 1) following a 6-0 demolition of Luxembourg in their semi-final in Legnica.

Russia reached the final with a narrow 5-4 win over Spain.

Luxembourg then inflicted further disappointment on the Spanish team, beating them 5-4 to claim the bronze medal.

In the women's tournament, Italy will face Turkey in the final after both came through their semi-finals today.

Italy and Turkey beat Germany and Russia 5-1 respectively to ensure they progressed to the competition's showpiece encounter.

Germany proved too strong for Russia in the bronze medal match as they recorded a comfortable 6-2 win to finish third.

Italy and Turkey will also battle it out for the women's team compound crown.

The bronze medal was claimed by Germany, who edged Belgium 234-230.

Britain and France will contest the men's team compound final.

The British team ousted Croatia in a closely-fought semi-final, while France beat Belgium 233-230.

Croatia recovered from the disappointment of missing out on the final by securing bronze with a 233-229 victory over Belgium.

The event in the Polish city is due to continue tomorrow.