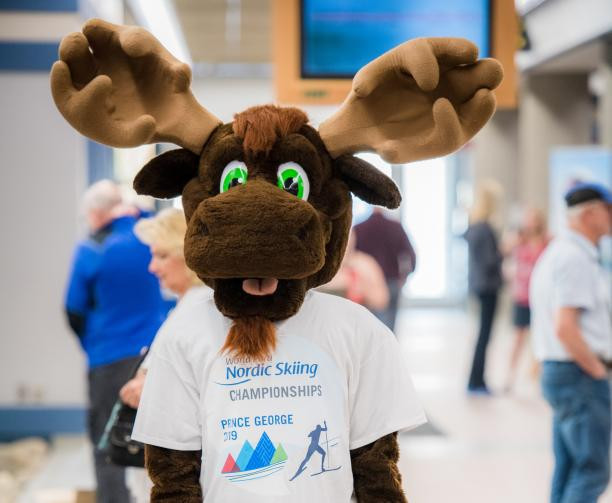 Fraser the Moose has been revealed as the mascot for the 2019 World Para Nordic Skiing Championships as organisers unveiled the design of medals for next year’s event.

The Championships are set to take place in the Canadian city Prince George, located in British Columbia.

The announcement of both the mascot and medals comes with the Championships now less than six months away.

A celebration event was held to mark the milestone, with the medal design showcased in an ice sculpture.

A customised version of the moose mascot will be sold across the city as part of the Championships.

It is hoped the endeavours will continue the promotion of the event.

"I have no doubt that we will create a truly exceptional experience for our guests," said Kevin Pettersen, chair of Prince George 2019.

"It will enable us to showcase our amazing community and region and shine the spotlight on the opportunities for Para-sports and accessibility."

Around 140 athletes from 20 countries are expected to contest the Championships next year.

Competition will take place from February 16 to 24.

Both Para cross-country and Para-biathlon events will be held at the Championships.

"This event will bring with it a significant economic impact to Prince George as well as showcase our community to thousands of viewers from over 20 countries through its webcast."

Tourism Prince George are one of several organisations supporting the Organising Committee, along with Northern Development Initiatives Trust, the Province of British Columbia, the Government of Canada, World Para Nordic Skiing and the Canadian Paralympic Committee.

The last edition of the World Championships took place in Finsterau in Germany in 2017.