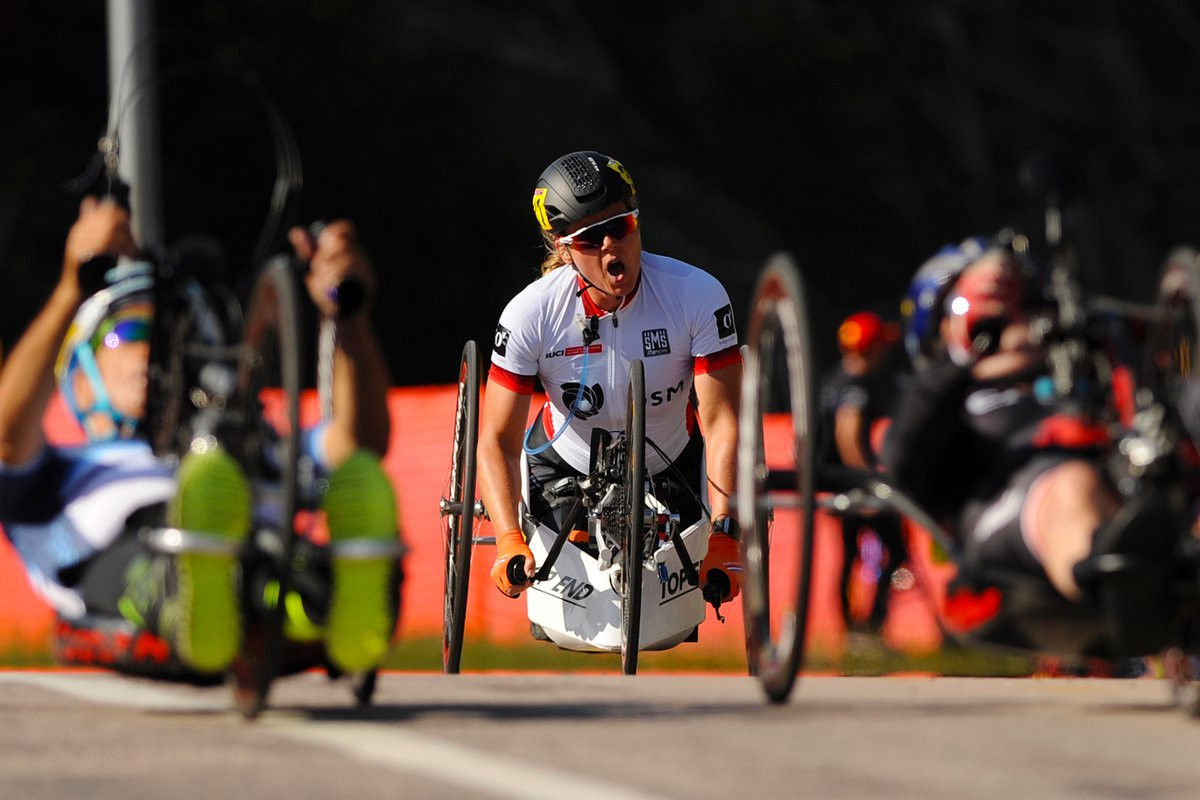 The American had already topped the podium in the women’s H3 time trial event in Canada and repeated the feat as road race events got underway.

Dana broke clear of her challengers during the road race to secure victory in a time of 1 hour 33min 50sec.

Slovakia’s Anna Oroszova finished closest to the American at 4min 52sec down, with Britain’s Karen Darke ending some way back in third.

Australia’s Stuart Tripp doubled his gold medal tally in the men’s H5 race which came down to a sprint finish between four hopefuls.

Tripp secure a narrow win in a time of 2:02.22, with France’s Loic Vergnaud and America's Alfredo Delossantos ending on the same time as the winner in second and third respectively.

Portugal’s Luis Costa was also awarded the same time but missed out on a podium spot by ending in fourth place.

Benjamin Fruh topped the podium for the second time in Québec as the Swiss won the men’s H1 race in a time of 1:24.35.

The 26-year-old was followed by Finland’s Harri Sopanen, 48 seconds adrift of the winner at the finish.

There was a gap of 4:12 from Fruh to the Czech Republic’s Patrik Jahoda, who rounded off the top three.

He had finished as the runner-up to the American in the time trial but ended two seconds quicker in the road race, outsprinting his rival to claim victory in 1:12.55.

Austria’s Walter Ablinger improved on his third place in the H3 time trial, clocking 1:58.12 to win the road race.

Belgium’s Jean-Francois Deberg was the runner-up on the same time as the winner, with Switzerland’s Heinz Frei was 1:52 back in third.

Further Austrian success came with Thomas Fruhwirth winning the men’s H4 race from Poland’s Rafal Wilk, his time of 1:51.52 was 25 seconds faster than the time trial winner at the end on the event.

Road races are due to take place tomorrow as the World Cup event draws to a close.