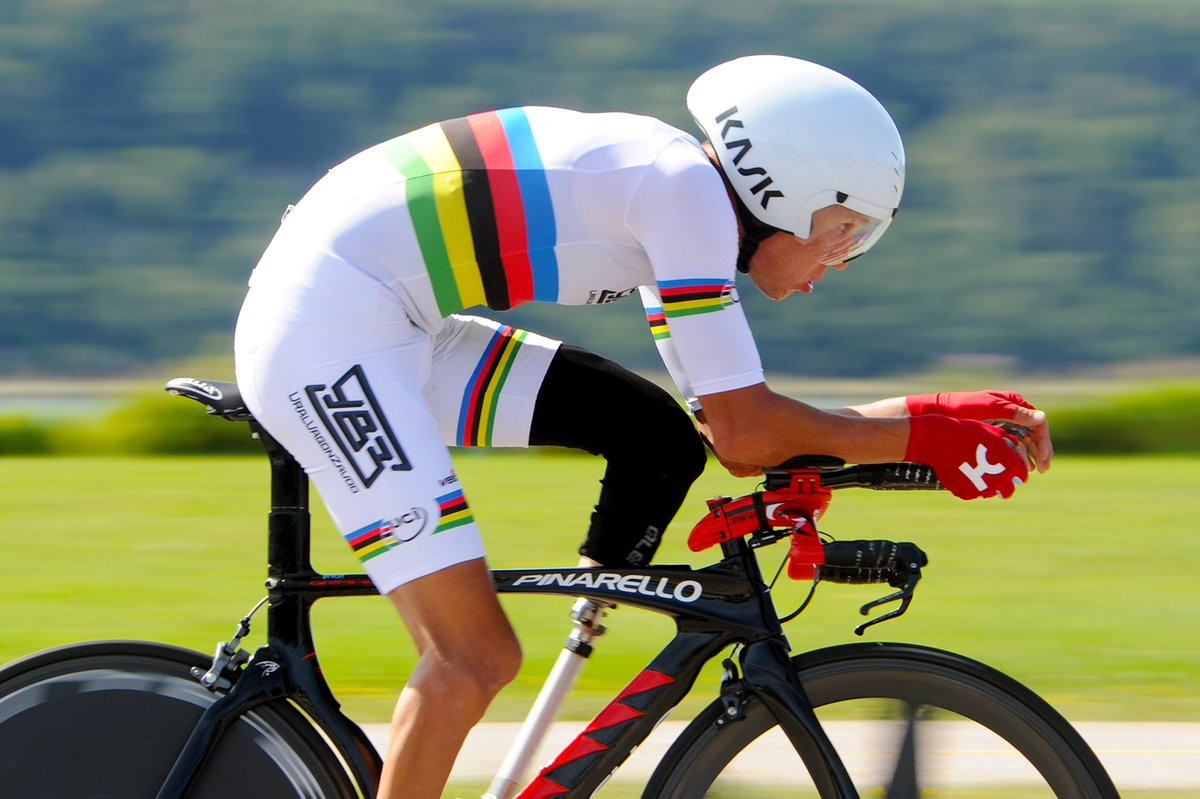 Anna Harkowska of Poland was among the winners as time trial competition continued at the Para Cycling Road World Cup at Baie Comeau in Quebec.

The Polish athlete clinched victory in the women’s C5 classification event as she produced a time of 27min 58.43sec.

She was followed by Britain’s Crystal Lane-Wright, who ended 11 seconds off the pace as the runner-up.

The podium was completed by the United States’ Samantha Bosco, who finished 51 seconds down.

Her nearest challenger Sarah Ellington of New Zealand was two minutes off the pace in second, with Austria’s Yvonne Marzinke a further 54 seconds down.

United States’ Jamie Whitmore was able to celebrate success in the C3 event having produced a time of 30:23.80.

Germany’s Denise Schindler was the runner-up, 45 seconds adrift, with Britain’s Megan Gigla completing the top three at two minutes behind the winner’s time.

There was British victory in the men’s tandem competition as Stephen Bate managed a time of 35:11.46 to top the podium.

Poland’s Przemyslaw Wegner and Canada’s Daniel Chalifour rounded off the top three, clocking 1:09 and 1:13 slower respectively than the winner.

Switzerland’s Benjamin Fruh topped the standings in the men’s H1 time trial by finishing in a time of 25:53.75.

He was followed by the Czech Republic’s Patrick Jahoda and Finland’s Harri Sopanen, who were 1:22 and 1:28 behind respectively.

The H5 event saw Australia’s Stuart Tripp triumph in a time of 29:52.05, with France’s Loic Vergnuad just 10 seconds off the pace.

Alfredo Delossantos was third with the American finishing a further five seconds down.

Road races are set to provide the focus for the next two days of competition at the third World Cup of the season.

It follows previous International Cycling Union Para-cycling Road World Cup legs in Ostend in Belgium in May and in the Dutch town of Emmen in July.