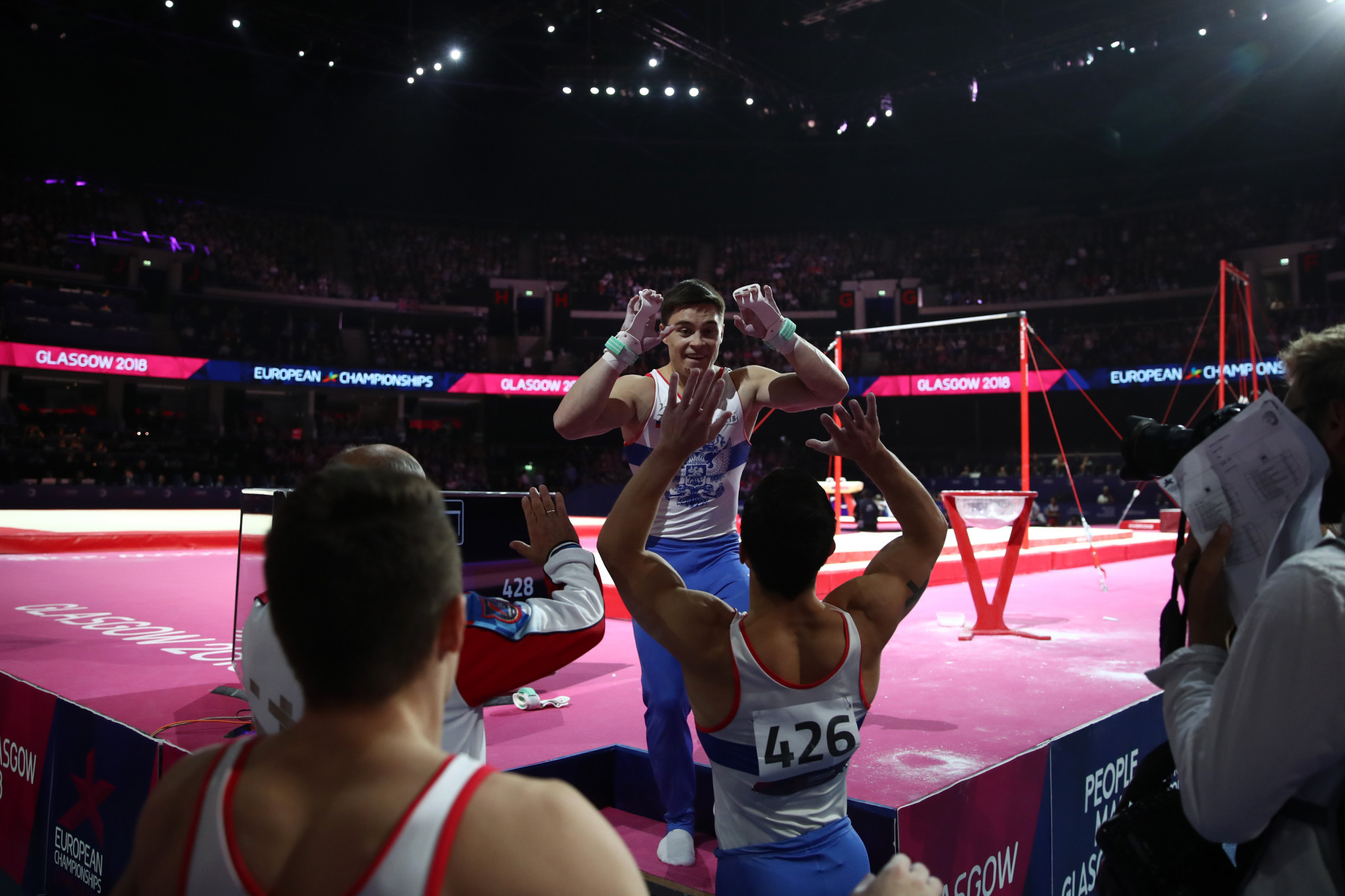 Russia were crowned men’s team gymnastics champions for the third consecutive European Championships after holding off the challenge of Britain today.

The Russian team headed into the competition as top qualifiers and favourites at the SSE Hydro, but immediately came under pressure.

Britain moved into the lead after the first rotation on the floor, as Dominick Cunningham and Olympic champion Max Whitlock scored 14.600 and 14.336 respectively, while Russia’s Nikita Nagornyy fell.

The promise of a close duel between the two teams continued to be fulfilled, with Russia edging Britain in both the pommel horse and rings disciplines.

Both nations scored highly in the vault, but Russia were expected to pull away from their rivals in their favoured parallel bars event.

David Belyavskiy and Artur Dalaloyan produced superb routines on the apparatus, which scored 15.466 and 15.433 respectively.

Despite a score of 15.233 from Joe Fraser on the parallel bar, Britain were unable to match the defending champions.

It increased the pressure on the British team heading into the horizontal bar, during the final rotation of the competition.

Under pressure the British team faltered as mistakes from Cunningham and James Hall, who had performed consistently well on the other apparatus, resulted in lower scores.

"I feel happy because we have become European champions three times in a row," said Kuksenkov.

"It was our goal to win three times.

"When you win, it doesn't matter how many points you win.

"Today we made mistakes that we shouldn't have made.

"This is sports, everything can happen."

France would end some way down on the two leaders, but they were able to celebrate bronze with a score of 246.928.

They ended clear of Germany, who finished outside the medals on 243.629.