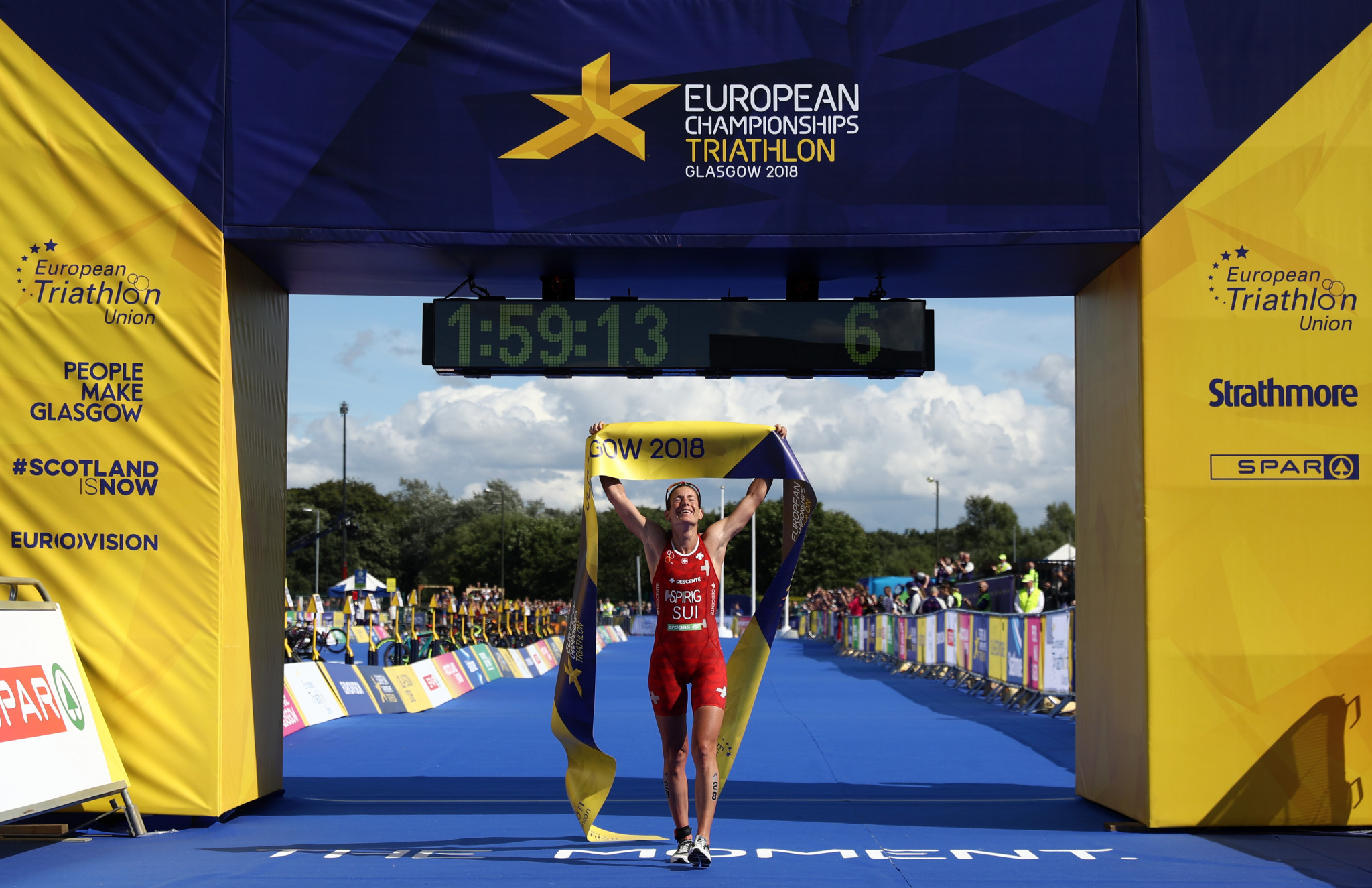 The London 2012 Olympic champion and Rio 2016 silver medallist spent much of the race in hot pursuit of defending champion Jess Learmonth of Britain and France’s Cassandre Beaugrand.

Both Learmonth and Beaugrand came out of the 1.5 kilometres swim with nearly a 40 second lead over Spirig.

They formed a formidable leading duo but Spirig began a solo chase on the 40km bike leg at Strathclyde Country Park.

She was forced to close the gap alone, with the nearest chase group having suffered an unfortunate crash involving four riders.

With each of the passing laps Spirig drew closer and eventually swapped places with Beaugrand, who had been dropped by Learmonth.

Learmonth and Spirig entered the final transition together before Spirig launched an attack as the 10km run began, with the Briton unable to follow.

Sprig extended her advantage as the conclusion of the race drew nearer, the 36-year-old eventually crossing the finish in a winning time of 1 hour 59min 13sec.

"There were a few key moments, I came out of the water 40 seconds down, but that wasn't a problem for me," Sprig, reportedly aiming to become the first triathlete to compete at five Olympic Games at Tokyo 2020, said.

"I knew I'm probably stronger in the second part.

"It was a key part when I caught up with Jess and Cassandre I attacked straight away.

"I had some stitches and some cramps so I had to control the second part of the run.

"I think every medal at Europeans or worlds or Olympics is extremely special and you should just enjoy it.

"I always wanted to stop at 30, but now I'm six years past that and I'm still winning and still enjoying it a lot."

Learmonth was forced to settle for the silver medal, ending 33 seconds behind the winner.

There was an impressive bronze for Beaugrand, the 21-year-old finishing in a time of 2:00:57.

The result backed up her breakthrough senior victory at the World Triathlon Series in Hamburg last month.