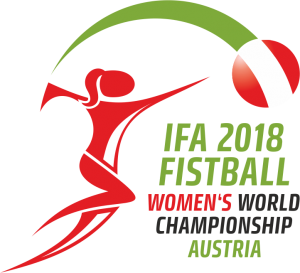 Germany will seek a third consecutive title at the Fistball Women's World Championships in Linz tomorrow against Switzerland, who earned a dramatic 3-2 win over the Austrian hosts in their semi-final.

Once again the Germans found a way to defeat the team they had beaten in the 2016 final.

"It was an incredible game and we are incredibly happy that we made it to the finals again," said Germany's forward Stephanie Dannecker.

"We have to regenerate the next few hours so that we can all start well in the match against Switzerland tomorrow."

Switzerland, bronze medallists two years ago, reached the final for the first time since their 2002 win with an exciting victory over the hosts, who had earned their semi-final place with a 3-1 win over Brazil the previous day.

"The atmosphere here has been great," said Swiss defender Katrin Lüchinger after a match watched by 1,600 rapt fans at the OBV Arena.

"The majority of the fans of course supported Austria.

"But that did not bother us and we are just overjoyed."