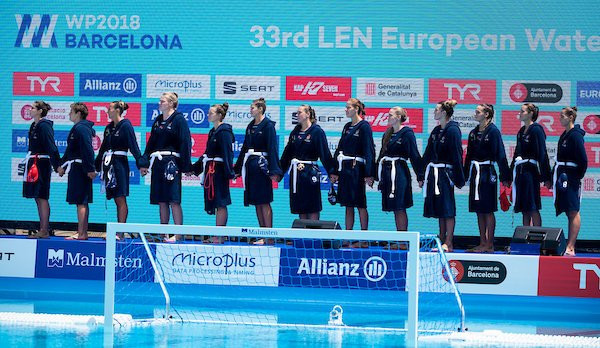 Hungary’s quarter-final with Italy remained in the balance throughout the match at the Piscines Bernat Picornell as momentum swung both ways.

The Italian team began impressively by outscoring their opponents 3-1 in the opening quarter, only for Hungary to hit back to lead 5-4 at half-time.

The match went back into Italy’s favour when they won the third quarter 4-1 to appear on course for the last four.

Hungary would keep their title defence alive by scoring four goals to Italy’s one in the final quarter of the match to snatch a dramatic 11-10 victory.

Spain, who won each of their Group B matches, beat France 14-5 in their match.

Greece and Russia played out a dramatic quarter-final, with the scores eventually ending level at 6-6 after the four quarters.

The Greek team were able to hold their nerve to win a penalty shoot-out 5-4 to reach the semi-finals.

They will meet either The Netherlands, who thrashed Germany 22-2 in the last their quarter-final taking place today.

Classification matches for the teams who failed to make the quarter-finals also took place today.

The men's quarter-finals are set to take place tomorrow.