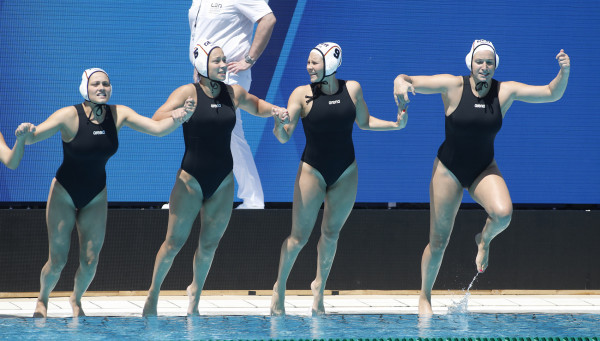 Germany became the last team to book their place in the quarter-finals of the women's European Water Polo Championship after they beat Turkey in Barcelona today.

The German side remain on course to record their best finish at the continental tournament following a hard-fought 12-9 victory over their Turkish opponents in the Group B encounter at the Piscines Bernat Picornell.

Hungary sit third in Group B following an 8-7 win over Russia, who are top on goal difference ahead of Spain and the host nation.

In Group A, Greece maintained their 100 per cent record as they claimed their fourth consecutive win by thrashing Israel 16-2.

Greece lead the way in the group in front of The Netherlands, who defeated France 20-4.

Italy are third after they beat Croatia by a convincing 24-3 scoreline.

With all eight quarter-finalists confirmed, the teams only have group placings left to play for when the first phase of the tournament concludes on Saturday (July 21).

The competition in the Spanish city continues tomorrow when the men's event resumes.