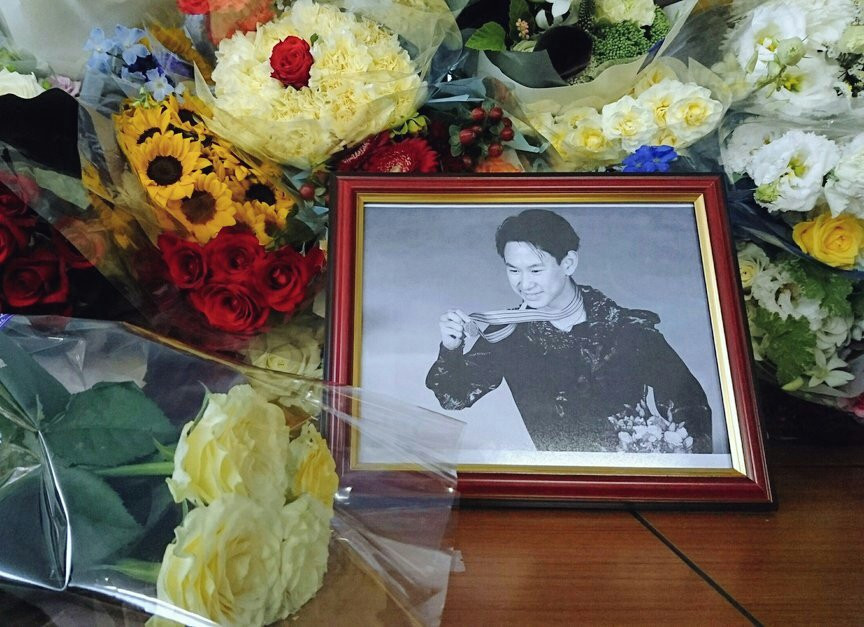 A funeral ceremony attended by thousands of people was held in Almaty today to mark the passing of Olympic figure skating bronze medallist Denis Ten, murdered in a knife attack in the city on Thursday (July 19).

The event took place at the 5,000-capacity Baluan Sholak Sports Palace, the venue where Ten won Asian Winter Games gold and silver medals at the age of 17.

The venue was full but others gathered outside to pay their respects to Kazakhstan's most recognisable Winter Olympian.

A separate ceremony was also held in Astana to commemorate Ten.

"Kazakhstan and the entire world are mourning today," Kazakh Culture and Sports Minister Arystanbek Muhamediuly said at the ceremony in Almaty.

"We have lost the person who wanted to make the world a kinder and better place."

Ten's casket was taken to Druzhba, where he was buried.

The 25-year-old was stabbed in the thigh after he tried to prevent two robbers from stealing his car mirrors.

Kazakhstan's Interior Ministry announced yesterday that it had identified two suspects and detained one of them.

Ten competed at three Olympics and finished 25th at the most recent edition of the event in South Korea in February.

Ten was the most prominent athlete involved in Almaty's unsuccessful bid for the 2022 Winter Olympic and Paralympic Games.

He spoke at their presentation at the IOC Session in Kuala Lumpur to promote their bid prior to the vote, won by Beijing.