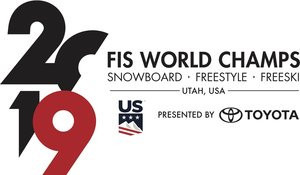 The addition of freestyle skiing mixed team aerials, freeski big air and team snowboardcross to the programme for the 2022 Winter Olympic Games in Beijing has been hailed as a major boost for organisers of next year's Snowboard, Freestyle and Freeski World Championships in Utah.

The three were among seven new disciplines added by the International Olympic Committee (IOC) Executive Board at its meeting in Lausanne on Wednesday (July 18).

Freeski big air will be making its debut at the 2019 World Championships at Canyons Village in Park City Mountain Resort between February 1 and 10.

The team snowboardcross event is due to take place at the Solitude Mountain Resort.

Freestyle skiing mixed team aerials - another event making its World Championship debut - is due to take place under floodlights at Deer Valley Resort on Thursday (July 26).

Big air made its debut on the International Ski Federation (FIS) World Cup stage in dramatic fashion in the 2015-2016 season with a spectacular competition at the Fenway Park baseball stadium in Boston.

The following season, big air became an established part of the World Cup tour, with five competitions on the programme and the presentation of men's and women's crystal globes to the top athletes at the season’s end.

Featuring competitors performing their best tricks on an oversized jump, big air is easily one of the most spectacular of all the FIS competitions.

Featuring what is typically a two-jump qualification round to narrow the field, followed by a three-jump finals where the best two jumps are counted towards a cumulative score, big air competition is the definitive display of freeski jumping prowess, it is claimed by the FIS.

Like big air, the aerials mixed team competition also made its World Cup debut with a spectacular stadium competition, as the first event took place in Beijing’s Bird’s Nest Olympic Stadium early in the 2014-2015 season.

The aerials team competition was a "mixed" event from the outset, with teams of three athletes featuring at least one men’s and at least one women's competitor squaring off against each other to earn the highest cumulative score.

In World Cup competition, the mixed team event featured a qualification round to narrow the field, followed by a first round of finals to further pare things down, and finally a super final event featuring the top handful of teams taking one final jump per competitor in an effort to earn victory.

The creation of a team format in what has for its nearly 40-year history been a highly individual sport immediately brought new life to the aerials World Cup in 2014-2015, and the decision from the outset to feature teams of mixed gender was a forward-thinking one, the FIS claims.

"We are grateful to the IOC, FIS, Beijing [2022] Organising Committee and the nations for working cooperatively toward the inclusion of these new events in 2022," Jeremy Forster, US Ski and Snowboard’s director of snowboard, freeski and freestyle, said.

"The addition of these incredibly exciting events is not only good news for fans of the Winter Olympic Games, it is also a critical step in continuing to engage new fans, in particular, the young skiers and riders who are the future of our sports.

"Having the opportunity to showcase both freeski big air and mixed team aerials as World Championship disciplines for the first time at the events we will host in February 2019 is a great honour.

"We are all excited about the chance to give them their global World Champs debut in what promises to be an incredible 10 days of competition next year."