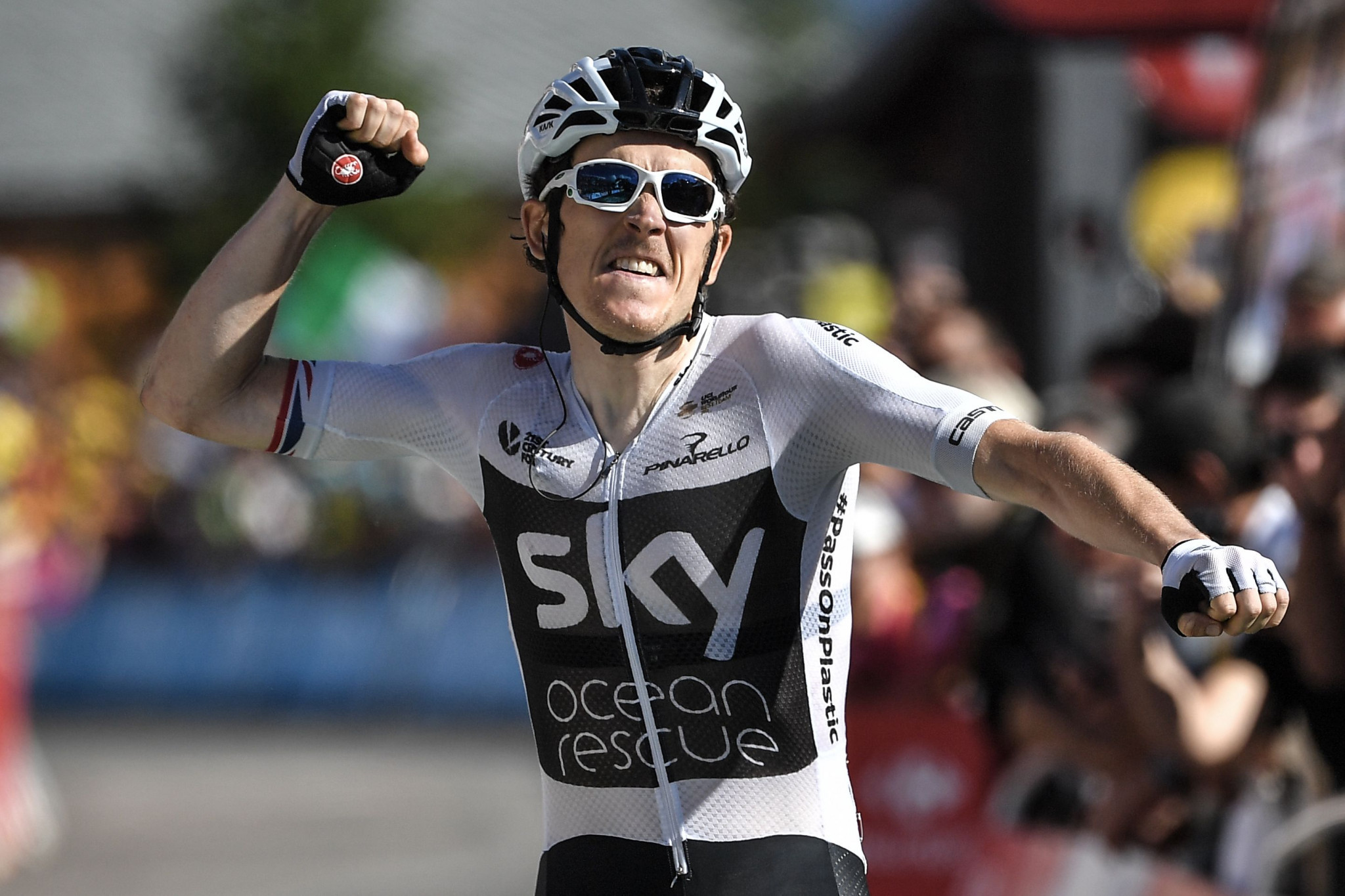 Britain's Geraint Thomas triumphed on stage 11 to move into the race leader’s yellow jersey at the Tour de France in La Rosière.

The 108.5 kilometres course, starting in 1992 Winter Olympic host city Albertville, was expected to end Greg van Avermaet’s stay in the jersey on the first major mountain stage of the race.

Van Avermaet  saw his lead of over two minutes rapidly diminish in the closing half of the stage as the Belgian was unsurprisingly dropped by the race’s leading contenders.

The latter two having battled for the king of the mountains jersey which remains with the former.

Spain’s Alejandro Valverde tested the legs of his rivals shortly after on the col du Pré climb, the Movistar rider attacking and then joining his compatriot Marc Soler down the road.

They remained clear until the closing 15km when The Netherlands' Tom Dumoulin successfully bridged across from the peloton, resulting in Team Sky picking up the pace for Thomas and defending champion Chris Froome.

Dumoulin and Valverde continued to close on a small breakaway as the race headed into its final 10km as the leaders climbed La Rosiere.

It led to Spain’s Mikel Nieve launching a solo bid for the stage victory from the group, while further down the road Thomas set off in pursuit of Dumoulin and a fading Valverde.

He joined Dumoulin with the pair initially working together to boost their hopes, while Britain's Froom and Ireland’s Dan Martin distanced the remaining pack of favourites.

Thomas attacked in the closing kilometre of the stage and climbed past the unfortunate Nieve as the Spaniard faded towards the summit finish.

The effort saw Thomas take the stage victory in a time of 3 hours 29min 36sec, with Dumoulin and a fast finishing Froome ending 20 seconds down.

Nieve and Italy’s Damiano Caruso came across the line at 22 seconds behind, with Martin a further five back.

France’s Romain Bardet, Italy’s Vincenzo Nibali and Colombia’s Nairio Quintana were the next riders across the line at 59 seconds, as their general classification hopes took a blow.

The result sees Thomas now lead the race by 85 seconds from team-mate Froome.

Team Sunweb’s Dumoulin is next best placed at 1min 44sec, with Nibali and Slovenia’s Primoz Roglic completing the top five at 2:23 and 2:40 respectively.

The tough mountain stage also saw the end of two of the races biggest names in sprinting, with Britain's Mark Cavendish and Germany's Marcel Kittel ending outside the time limit.

With Cavendish and Kittel having both missed out on victories before the stage, their exit will marks the first time since 2007 that neither has earned a stage win.

The second Alpine stage of the Grand Tour is due take place tomorrow, riders tackling a 175km route to Alpe d'Huez.