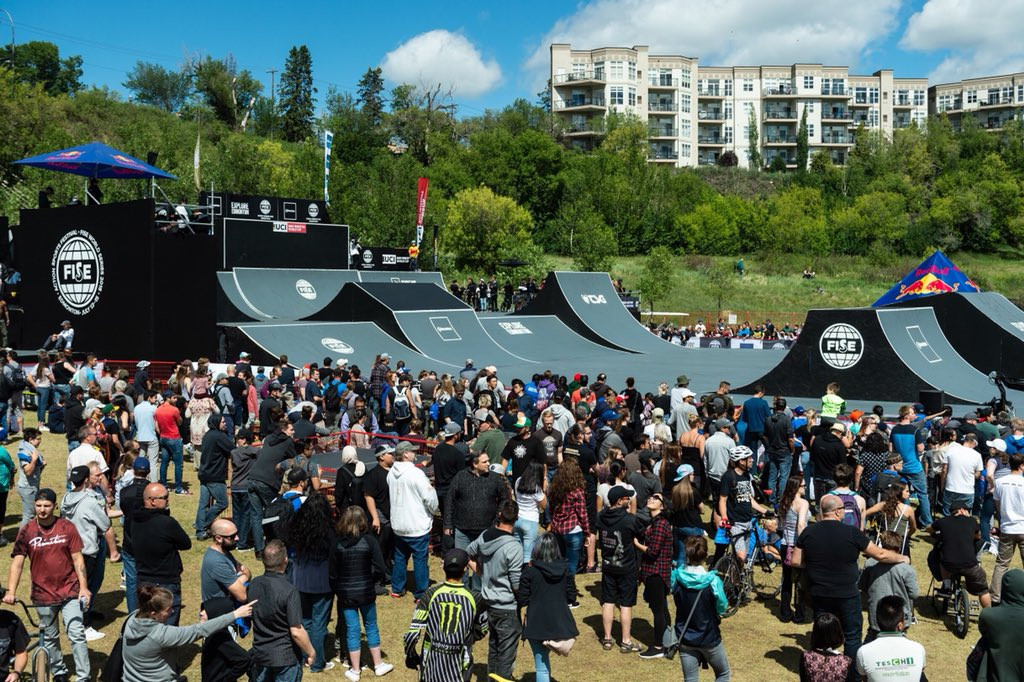 The Australian triumphed on the final day of the action at the third stop of the Festival of Extreme Sports (FISE) World Series at the Louise McKinney Riverfront Park in the Canadian city.

Martin delivered an excellent performance in the final, with the 24-year-old rewarded with a score of 95.00 points in a discipline due to make its Olympic debut at Tokyo 2020.

He ended clear of his nearest challengers Marin Ranteš of Croatia and Dennis Enarson of the United States, who scored 91.60 and 91.40 points respectively to round off the podium.

World Cup leader Nick Bruce was only able to place sixth, the American ending on 89.40 points.

Alex Jumelin had qualified in first place in yesterday’s semi-final and the Frenchman repeated the feat in the final.

He was the only rider to achieve a score of over 90 points in the competition, topping the standings on 91.33 points.

Canada’s Jean William Prevost settled for second in front of a home crowd on 85.66 points, while France’s Matthias Dandois clinched third place on 84.66.

Japan’s Misaki Katagiri won the women’s event with a score of 77.00 points and was followed by American Fricke with 74.66.

There was further Japanese success in the skateboard street competition as Ikeda Daisuke topped the podium with 85.16 points.

Slovakia’s Richard Tury ended in second place with a score of 83.00 points and France’s Joseph Garbaccio ended third on 82.00.

The gold medal in the scooter freestyle street event was claimed by France’s Auguste Pellaud with 94.00 points.

The top three was completed by Canada’s Matrick Cochrane and the United States’ Bransyn Chayne, after they scored 90.00 and 86.30 points respectively.

The event was the third stop in the FISE World Series following events in Hiroshima and Montpellier.

Budapest is due to host the next leg of the Series between September 7 and 9.