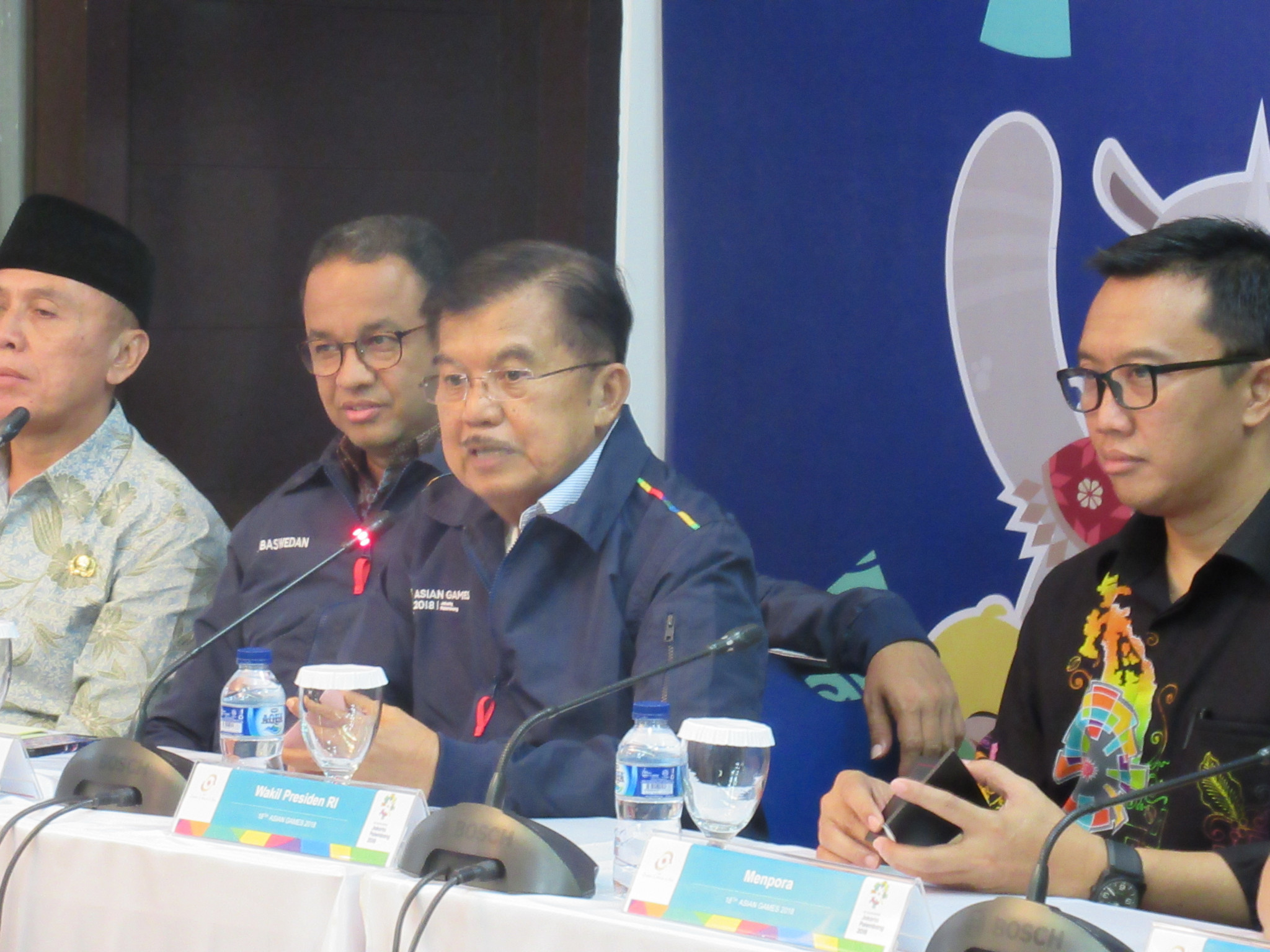 The vice-president of Indonesia Jusuf Kalla has said he wants all the venues for the 2018 Asian Games built by July 20, after an Organising Committee (INASGOC) spokesperson told insidethegames that "five or six" venues still need finishing.

Speaking at a press conference today to mark the 50-day countdown, Kalla said the July 20 target would show that co-host cities Jakarta and Palembang are ready to host the Games.

"I have visited a few venues this morning and also had a meeting with the rest of the organising team regarding the state of preparations with 50 days to go," said Kalla, who is also chairman of the Steering Committee.

"All the preparations are on schedule and they are just finishing the plans for venues, transportation and security."

Exactly which venues have not been finished yet has not been confirmed but the (INASGOC) spokesperson told insidethegames that the venue they were most concerned about was for squash at the Gelora Bung Karno Sports Complex.

"Yes, that is only 18 days before the Opening Ceremony on August 18, but the venue facility will be of a high standard.

"We are comfortable we will deliver the venues on time with good quality."

In today's press conference, Kalla claimed the standard of the venues is so high that only those which will be used during the Tokyo 2020 Olympics are better.

Some of Tokyo's venues, including the New National Stadium which will host the Opening Ceremony, have not been fully built yet.

"The venues [for the Asian Games] are the second best in the world after Tokyo for the 2020 Olympic Games," Kalla said.

"They are better than the London Olympics in 2012."

Kalla also confirmed that both North Korea's leader Kim Jon-un and South Korea's President Moon Jae-in have been invited to the Opening Ceremony.

It follows yesterday's news that the two Koreas will compete together in three sports at the Asian Games - women's 5x5 basketball, men's and women's dragon boat racing and rowing.

"It is true that they have been invited by our President," he said.

"We are still negotiating if they want to come and nothing has been confirmed."

This year's Asian Games will be the 18th edition of the event.

It will be co-hosted by Jakarta and Palembang from August 18 to September 2, and will feature 40 sports.

Around 10,000 athletes from 45 different countries are expected to take part.