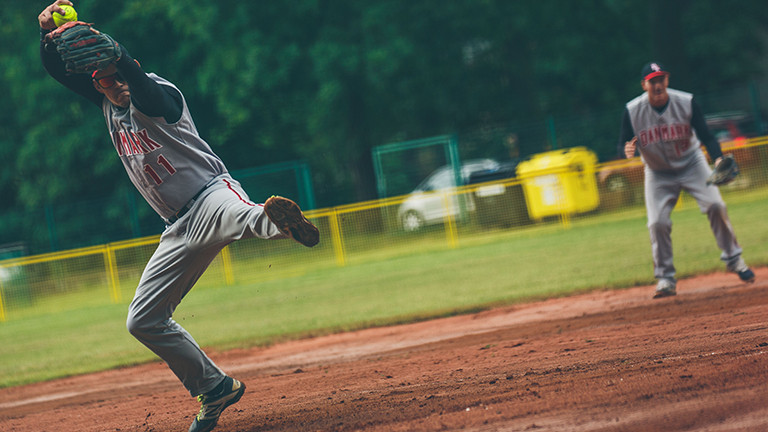 Belgium, the Czech Republic, Denmark, Great Britain, Israel, and The Netherlands begun their quest today for a place in the last four at the Men's European Softball Championships in Havlíčkův Brod in the Czech Republic.

The Netherlands and Great Britain started the day's action, the former taking the win 2-1 at the Hippos Arena, to start their push for a semi-final spot.

Continuing on Friday, the top six teams will each play each other in another round robin format, to establish who gets through to the top four.

Denmark and Belgium were the next of the top six teams to play, with that match ending emphatically, 15-0 to the Belgians.

The reigning champions and hosts the Czech Republic then played Israel and won again, to remain unbeaten in the tournament.

The Netherlands then returned to the field to start the second round of matches and won again against Belgium 11-1.

That result means that with one game left each at this stage, the Dutch team are though, while the Belgians almost certainly crash out.

They are due to play their last games at this stage tomorrow.

Britain had to beat Israel in their second game to keep their chances alive and won 7-2.

Based on their performance so far, the reigning champions are surely favourites to regain their title.

Elsehwere in today's play, the bottom six teams from the group stages played at another venue in Kostelec nad Orlicí, to establish who takes the bottom six places.

Croatia began that round of matches by beating Lithuania 24-10 before Italy beat Sweden, who are still yet to win at the tournament, 15-4.

Germany then saw off Slovakia in a tight game 7-6, before Croatia and Italy played their second games of the day, against each other.

That match up was even tighter than the Germany versus Slovakia match, and eventually ended 3-2 to Croatia.

Sweden then lost yet again to Germany, 9-1, meaning they now have only one chance to end their win-less run.

In the final game of the bottom six teams today, Lithuania lost emphatically once again, falling to 18-5 to Slovakia.

Tomorrow is due to see the first of the semi-finals played.

Eight of the key games played over the next two days will be broadcast live online.