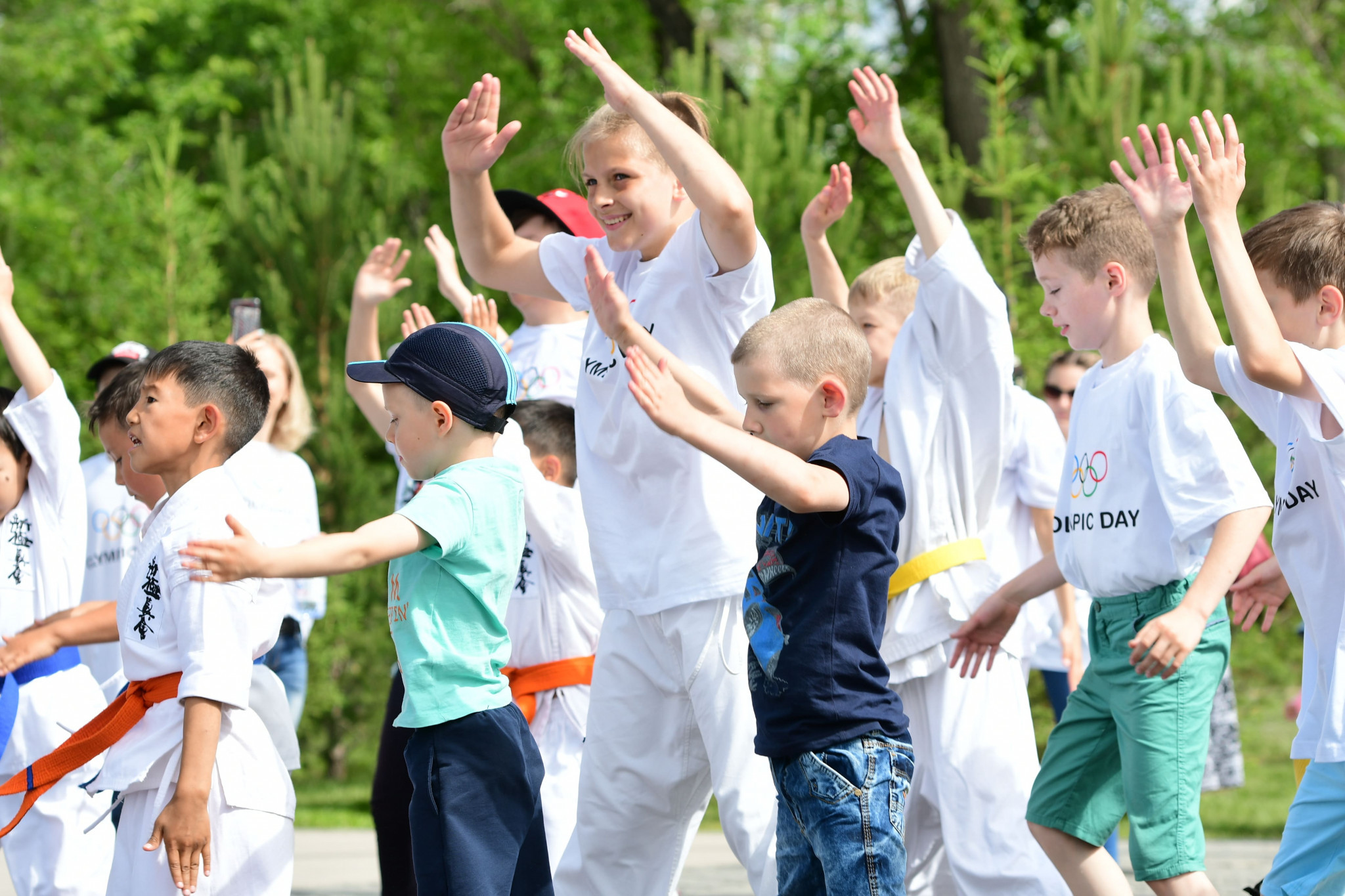 A series of mass participation events have been held by the National Olympic Committee (NOC) of the Republic of Kazakhstan to mark Olympic Day.

The organisation's Olympic Day celebrations began with a fitness workout, attended by a host of top athletes from the country.

Three-time Olympic wrestling medallist Guzel Manyurova, who previously competed for Russia, was among those to take part.

Following the workout session, masterclasses in a number of disciplines were held to give Kazakh residents the chance to try different sports.

Citizens in Almaty, narrowly beaten by Beijing in the race to host the 2022 Winter Olympic and Paralympic Games, participated in a bike ride alongside other Kazakh athletes.

A mini sporting event entitled "Young Nomads" was also held in Almaty for children with cancer.

"Sport is one of the main tools in promoting the ideology of peace, friendship and development," said Manyurova.

"Therefore, I am sincerely glad to see that in our country such sporting events have already become a popular tradition.

"What is Olympism for us?

"Olympism is a philosophy of life that elevates and unites dignity, will and mind.

"Olympism, connecting sport with culture and education, seeks to create a way of life based on the joy of the effort, the educational value of a good example and respect for the general basic ethical principles.

"I congratulate everyone on this wonderful holiday and wish our Olympic family to become bigger."