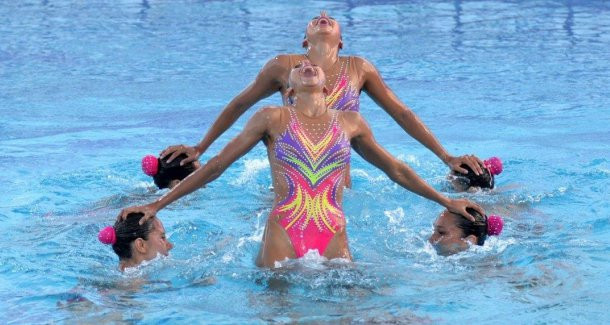 Karem Achach and Nuria Diosdado Garcia claimed the duet free title after scoring a total of 87.0333 points at the Syros Swimming Pool.

Victory saw them add to the gold medal they won in the duet technical event on Friday (June 15).

"It was an amazing tournament for us in beautiful Syros and we take back the best memories from Greece," Achach said.

Twins Charlotte and Laura Tremble of France took the silver medal with 85.9667 points, while the bronze went to the young Greek pair of Anna Maria Taxopoulou and Georgia Vasilopoulou with 84.0333.

The Mexicans ended their superb showing on Syros Island with first place in the last event, the team free combination.

They ascended to the highest step of the podium with a score of 86.9667 points.