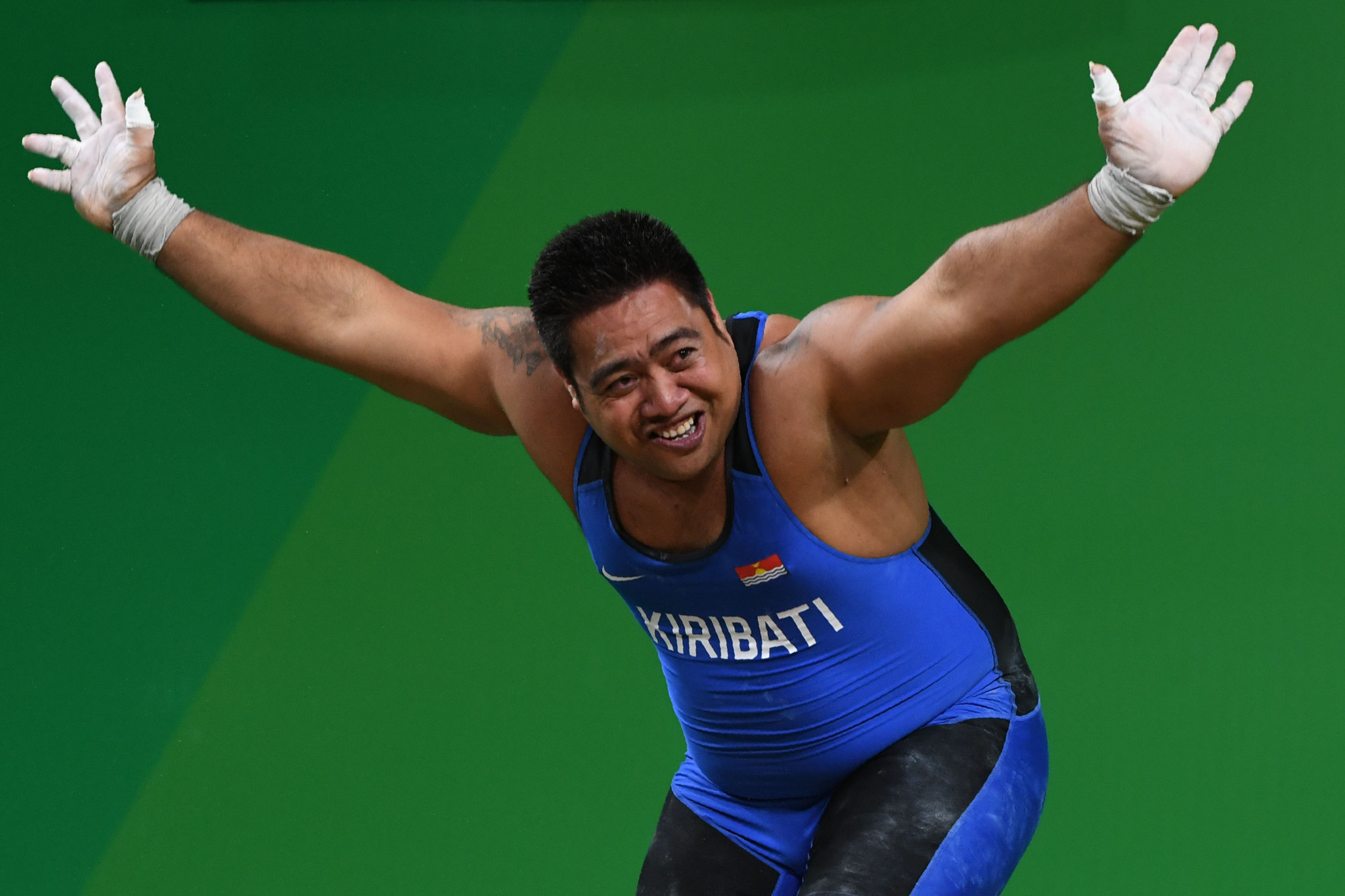 Kiribati's first-ever Commonwealth Games gold medallist David Katoatau has been named as an Oceania National Olympic Committees (ONOC) ambassador for climate change as he seeks to raise awareness of the issue.

The Glasgow 2014 weightlifting champion has been central to highlighting the impact of climate change which has threatened the existence of Kiribati.

The island nation is one of the most vulnerable in the world due to rising water levels.

Katoatau, who retired from weightlifting after the Gold Coast 2018 Commonwealth Games in April, gained international recognition for his dancing during competitions at Glasgow 2014 and the Rio 2016 Olympics.

He used the opportunity to highlight the difficulties faced by his country and has now called upon sporting bodies to set an example to political leaders worldwide.

"Thank you to ONOC for giving me the opportunity to be the ONOC ambassador for climate change," Katoatau said.

"Climate change is an issue that is very strong in my heart.

"To have a platform in sport to talk about this is very good.

"Climate change might be just two words to many people but it is a threat to my nation, our livelihood and people.

"Countries that are concerned about the economic impact are downplaying the threat of climate change.

"If nothing is being done, we are guaranteed to be affected.

"Leaders of the world - 'is your economy more important than our lives?'

"We should use sport as a platform to help avoid climate change."

Katoatau was speaking on the second day of an ONOC workshop for National Olympic Committees (NOC) here today.

His story was highlighted in a presentation by the Secretariat of the Pacific Regional Environment Programme (SPREP), who encouraged NOCs to use athlete champions to raise awareness.

SPREP is aimed at protecting the environment in the Pacific and leading the region's response to climate impacts.

They highlight that the costs of climate change are particularly high in the region, with island territories under threat amid an increased risk of disasters due to changing conditions.

SPREP have expressed building sustainable and resilient communities as being among their aims.

He stated that there was a "global emergency" surrounding plastics, with an estimated 13 million tonnes entering the oceans each year.

An initiative is set to be put in place for athletes at next year’s Pacific Games to use only reusable bottles, rather than single use plastics.

NOCs present called for further efforts to be made to ensure the event can be run sustainably.

It was claimed that if the Games can highlight the cause they will potentially set an example for other sporting events worldwide.

Latu suggested a potential partnership between SPREP, the NOCs and Samoa 2019 on "greening" the multi-sport event.

He claimed funding could potentially be sought from Governments concerned by the issue, such as the Britain and German embassies, should NOCs send a joint letter seeking assistance.

"It would be great if we could send a joint letter to a number of these embassies," he said.

"They are very concerned by the issue.

"It could help with the greening of the Pacific Games.

"The story would come across better if they can see the 17 NOCs putting up their hands and saying yes.

"Imagine also, if all the NOCs went to their Governments and said ‘we want to do something about sustainability."