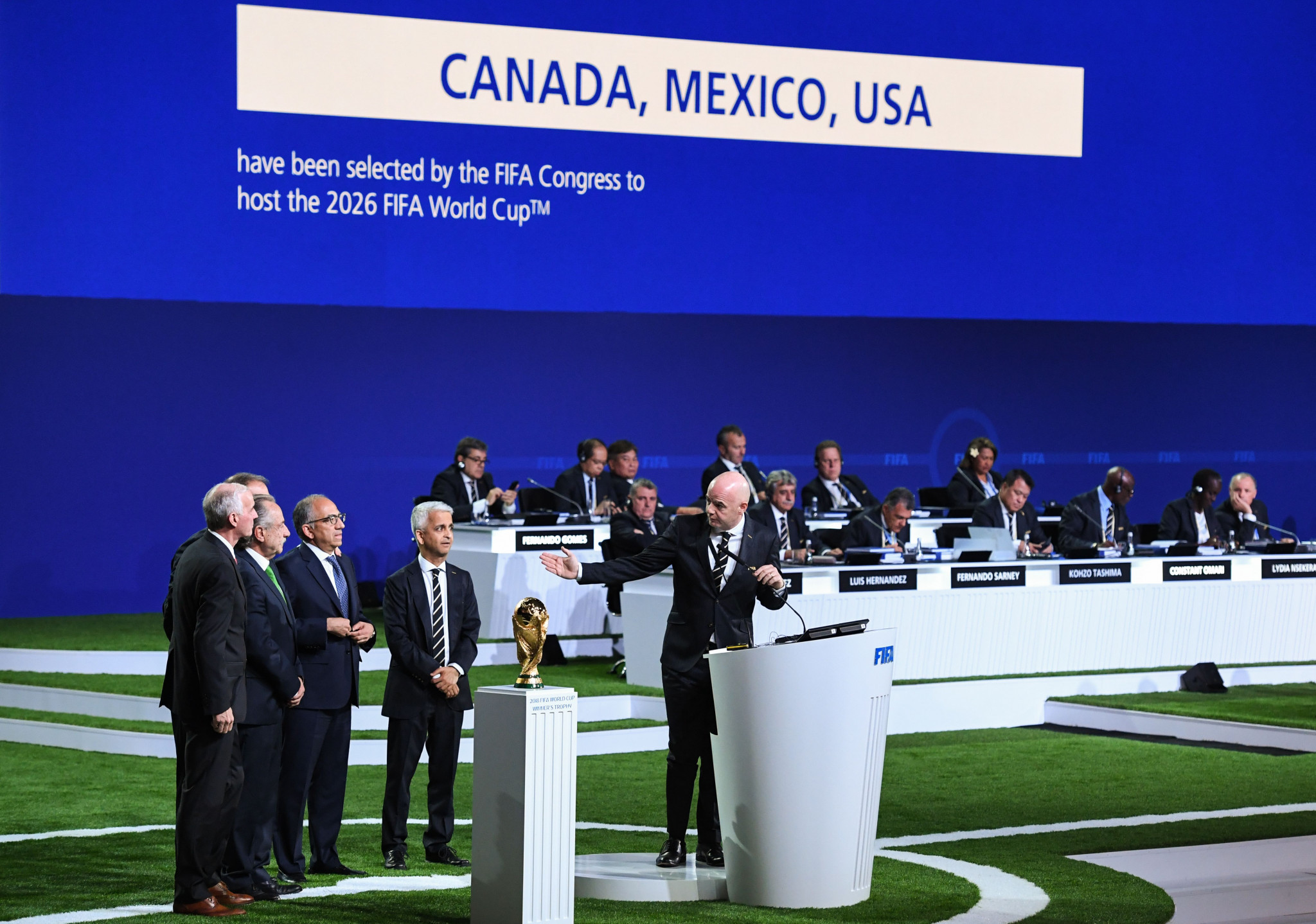 Canada, United States and Mexico have been awarded the 2026 FIFA World Cup after the United bid defeated Morocco by 134 votes to 65 today.

The winning bid, which should feature 60 out of 80 Games in the US, will mark the return of football's showpiece event to North American soil for the first time since 1994.

It followed a campaign centered around record crowds, existing venues and a forecast revenue of $14.3 billion (£10.6 billion/€12.1 billion).

“Football today is the only victor.”

The World Cup is due to feature 48 teams and will take place across three countries for the first time.

Mexico also played host in 1970 and 1986 but Canada has never done so before.

The United bid was always the favourite, but triumphed by a larger than anticipated number after heavy support in Asia and Europe as well as in the Americas.

Russia was among those to switch from backing Morocco to the North American effort at the last minute.

Brazil, China and North Korea were among those to support Morocco.

The vote took place after 15 minute presentations by each bidder.

Morocco had attempted to highlighted their opponents' weaknesses by focusing on how their revenue projections were realistic as well as the compactness of their bid.

They even highlighted restrictions on weapons in Morocco in an apparent dig at gun crime in the US and Mexico.