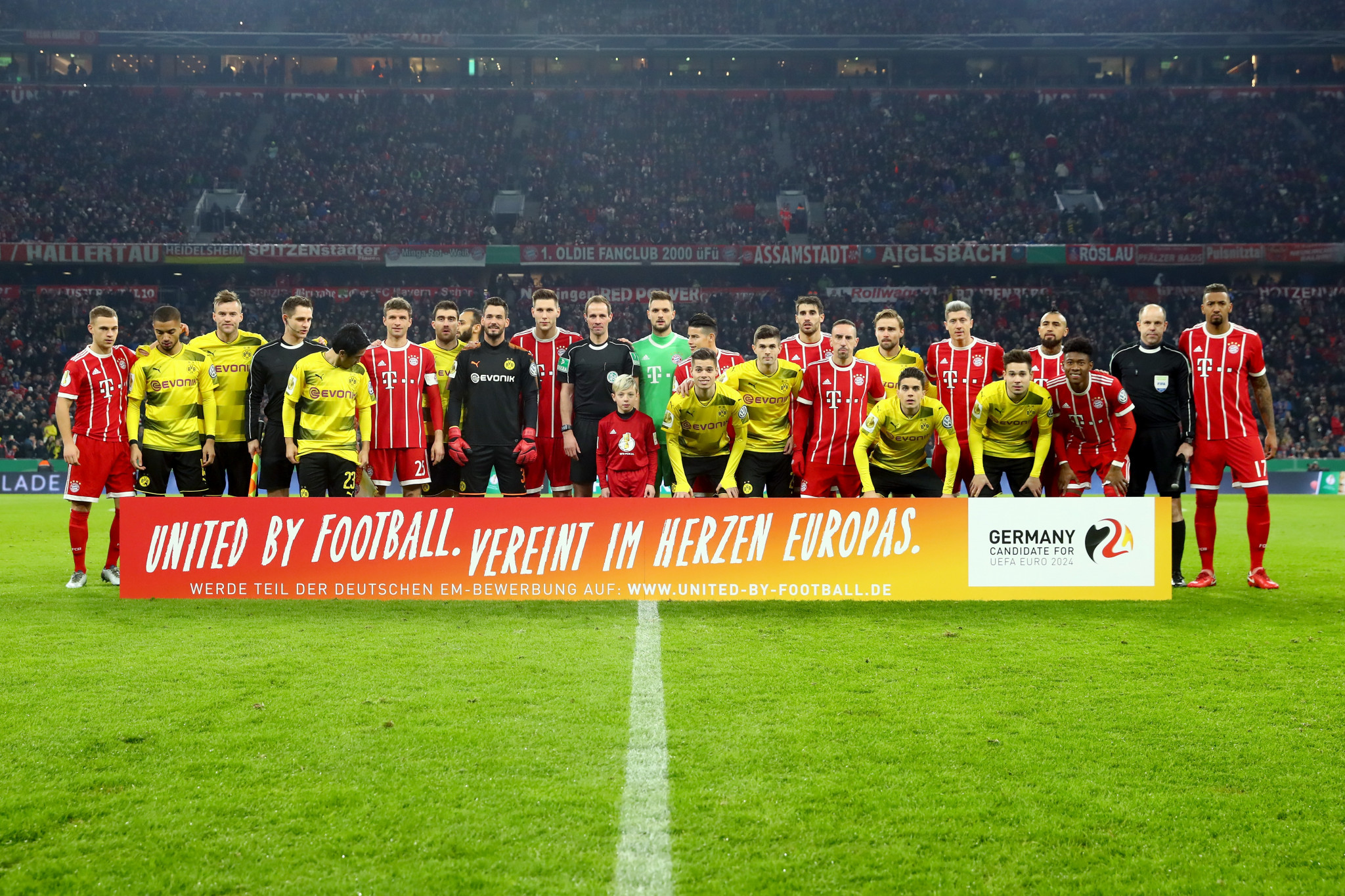 The German Football Association (DFB) submitted its bid to UEFA back in April, as did Turkey.

The host nation will be picked in September.

Germany's head coach Joachin Low said: "We have many young players in the squad who will play a very important role in the national team in six years' time.

"For each of these players, and many up and coming players around Europe, the Germany 2024 bid is offering the opportunity to play in a passionate football country, whilst providing all 54 European FAs with the opportunity to benefit from dedicated programmes before, during and after the event."

Euro 2020 will be held in 12 different cities across Europe and the DFB initially bid to host the semi-finals and final of that event.

They withdrew their application, however, to focus on their bid for the 2024 edition, which will return to the traditional format in just one nation.

DFB President Reinhard Grindel said: "The Euro 2024 bid is of great importance for the German FA, and we have developed three exciting programmes for sharing the Euro 2024 with all European FAs - one before, one during and one after.

"The more we share, the more FAs will dare to do.

"I look forward to sharing more ideas about a Euro in Germany once we are back from the World Cup."

West Germany hosted the 1974 World Cup and 1988 European Championship, while the 2006 World Cup was held in Germany.

Euro 2024 is expected to use the 24-team format introduced for Euro 2016, which was won by Portugal.