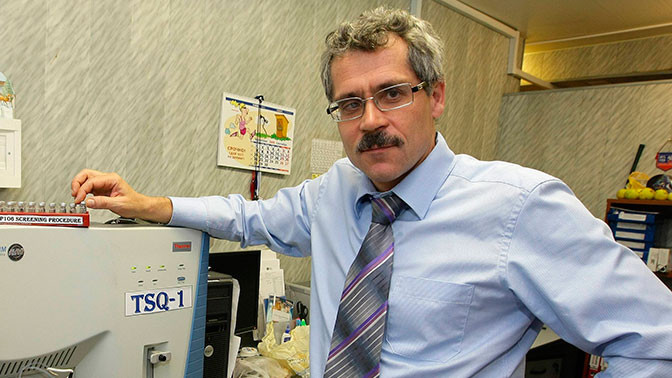 United States lawmakers have introduced a bill in the House of Representatives which would establish criminal penalties for doping offences affecting US athletes and companies at international sports competitions.

The proposed bill has been called the Rodchenkov Anti-Doping Act (RADA), named after the former head of the Moscow Laboratory Grigory Rodchenkov.

Rodchenkov fled Russia in 2015 and provided much of the evidence that led to the country being banned from competing under their own flag at the Winter Olympic Games in Pyeongchang in February.

The act would establish criminal penalties for knowingly manufacturing, distributing, and using performance enhancing drugs, it is claimed.

This would apply to all major international competitions in which US athletes or organisations participate, with the aim of ensuring "international fraud" against Americans will not go unpunished.

A further part of the act would see the establishment of a private civil right of action for doping fraud.

It is claimed this would give clean athletes and organisations the ability to pursue civil action against the sanctioned athlete.

Cases would be aimed at helping individuals recoup medals or financial rewards they would have been deprived of by the offender.

The act would also give the US power to obtain foreign evidence in doping cases, with the US Attorney General being given the ability to help the Department of Justice to achieve this.

"International competitions should be the pinnacle of human physical achievement - a chance for those who have trained harder than anyone to go head-to-head and demonstrate their skills to the whole world," said Michael Burgess, the bill's lead co-sponsor.

"There should not be an opportunity for states to engage in misconduct.

"Athletes who compete honestly must not have victory seized from them by an opponent who has used performance-enhancing drugs."

The bill would also protect whistleblowers from retaliation, it is claimed, ensuring intimidation tactics will not be tolerated against those who expose schemes, such as Rodchenkov.

It states that any person who has experienced retaliation because of exposing doping offences may sue the retaliating party in a US district court.

The bill was proposed into Congress by Sheila Jackson Lee and Burgess, who are on the US Helsinki Commission.

The Commission is tasked with "advancing comprehensive security through promotion of human rights, democracy, and economic, environmental and military cooperation in 57 countries".

It met with Rodchenkov’s lawyer Jim Walden in February to discuss combating fraud in sports and the role of whistleblowers in safeguarding the integrity of international competitions.

Commissioners Ben Cardin, Cory Gardner and Jackson Lee then met with Rodchenkov again in March, with their discussion centered on the threat posed by Russia to the US, corruption in international sports bodies, and how the US can contribute to the international effort to counter doping fraud.

"Meeting Dr. Rodchenkov and witnessing his courage in the face of Putin's brutal regime inspired me to introduce the Rodchenkov Anti-Doping Act," said Lee, who sponsored the bill.

"The unprecedented level of doping he exposed at the Olympics, where American athletes compete and US companies are sponsors, demonstrates how countries engaging in clean sport are being defrauded by criminals.

"In particular, athletes'’ livelihoods suffer when prize money and sponsorships are awarded to cheaters."