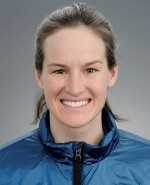 The 30-year-old American warned RUSADA being declared compliant before the roadmap is completed could have "disastrous" ramifications for the "global clean sport movement".

Egan criticised the IOC and sports movement officials within the World Anti-Doping Agency (WADA) after they claimed a letter sent by the Russian authorities last month fulfilled one of the two outstanding criteria RUSADA need to fulfill to be reinstated.

IOC and sports movement representatives said the letter, due to be analysed by WADA's Compliance Review Committee at a meeting on Thursday (June 14) constituted public acceptance of the McLaren Report and its findings.

While the letter did admit wrongdoing, Russian Sports Minister Pavel Kolobkov denied they had backed down and said the McLaren Report was full of "unsubstantiated conclusions".

Sports movement officials also claimed the second remaining criteria - access to the Moscow Laboratory and the samples stored there - was unfair on RUSADA.

It led to a fierce clash with public authority representatives at the meeting in the Canadian city.

"I can only speak for myself, but I strongly support the terms of the roadmap to compliance, which were agreed upon by all parties," Egan told insidethegames.

"Renegotiating the terms of the roadmap would be extremely harmful to WADA's credibility.

"I was disheartened to see the IOC advocating for reinstatement without compliance.

"I think it is extremely short-sighted to promote a deal that may be politically favourable in the short term but which has long-term disastrous consequences for the global clean sport movement."