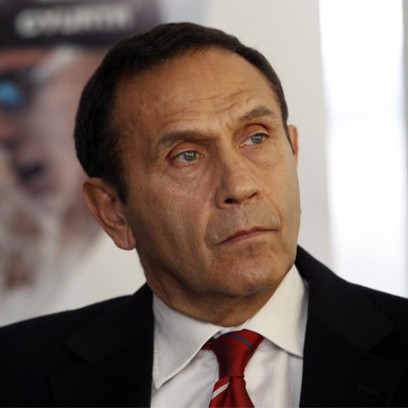 International Swimming Federation (FINA) Executive member Tamás Gyárfás, accused of ordering the murder of a business rival in 1998, was in attendance as the European Swimming League (LEN) held its Congress in Budapest.

According to reports in Hungary, LEN treasurer Gyárfás was only allowed to attend the gathering of the governing body's membership as it was in his home country as he is not permitted to leave during the ongoing investigation.

Gyárfás, a former FINA vice-president and the head of the Hungarian Swimming Federation (MUSZ) from 1993 until 2016, was detained by police in connection with an investigation into the murder of media tycoon Janos Fenyo 20 years ago.

Slovakian Jozef Roháč was sentenced to life in jail for the killing of Fenyo, who Gyarfas apparently considered a rival, in May of last year.

It was not said then who ordered the murder, however, and Hungarian police decided to reopen the case last October.

He was placed under house arrest in April.

Gyárfás strongly denies wrongdoing and called the charges against him "absurd".

In a statement at the time, LEN said it would "continue to monitor the situation" and was waiting for "any development in the investigation".

Gyárfás delivered his report at the LEN Congress, held at the Duna Arena in the Hungarian capital, which revealed a 30 per cent increase in prize money for athletes and support for National Federations.

This was possible because of the "sound financial results" obtained in 2017, according to the report.

A new education programme launched by LEN - entitled "learn to swim, prevent drowning" - was given the backing of the European Parliament at the Congress.

European Parliament President Antonio Tajani attended the meeting and praised the governing body for the action they are taking.

According to recent statistics by the World Health Organisation, 27,000 people drown in Europe in every year, three every hour.

The statistics also show that these are mostly children between the ages of three and 12.

LEN has launched the scheme, presented at the Congress by President Paolo Barelli to try to decrease the number of the fatalities by at least 20 per cent in the next five years.

"Thanks to LEN’s efforts, swimming enjoys a growing popularity in Europe," said Tajani.

"However, we all know that swimming doesn’t only have positive impact on health but also a life-saving skill.

"That’s why I fully support LEN’s programme ‘Learn-to-swim, Prevent Drowning and I kindly invite you to Brussels to present this initiative to the top decision-makers of the European Union."

Two new members of the LEN Bureau, the organisation's ruling body, were also elected at the Congress.

Alexei Vlasenko of Russia and Marius Hendrik Gerrit van Zeijts of The Netherlands have joined the Bureau with immediate effect.