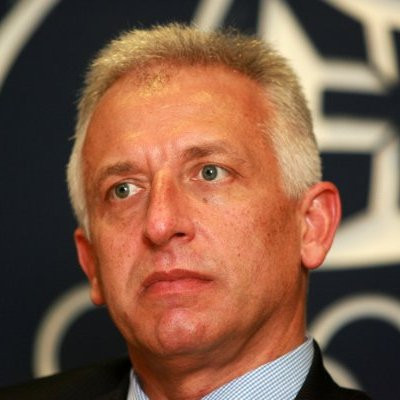 Portugal's Paulo Frischknecht has left his position as executive director of the European Swimming Federation (LEN) due to personal reasons.

Frischknecht has held the position since October 2013.

A statement claims Frischknecht and LEN President Paolo Barelli "both felt recently that undertaking further discussions about the executive director’s career path, operational role and practical aspirations were of adamant significance for the immediate future of the parties involved, mainly due to some personal reasons".

Following this, a joint decision was taken to relieve Frischknecht of his duties.

"I truly feel blessed and grateful for the great opportunity that was presented to me back in 2013," said Frischknecht.

"Evidently, nothing would have been possible without the permanent sustenance of an overzealous President, an enthusiastic Bureau, precisely competent Technical Committees and Commissions, and an everlasting devoted and skillful staff, at every moment of such a bumpy but challenging road."

Frischknecht represented Portugal in two Olympics, Montreal in 1976 and Moscow 1980, before becoming a successful coach.

The announcement of Frischknecht's departure was made at the latest LEN Bureau meeting in Ostia.

During the meeting, Barelli announced that Gianni Minervini, currently LEN office and financial manager, will take over as executive director.

“It is a great honour to be nominated for this very important position," Minervini said.

"“LEN’s most important role is to serve the athletes, the coaches, the officials and the National Federations in the most effective way possible.

"I am fully determined and committed to do my best in this new position to ensure that the LEN Member Federations, European Aquatics and the LEN Office continue to grow stronger and stronger and more and more successful globally.”