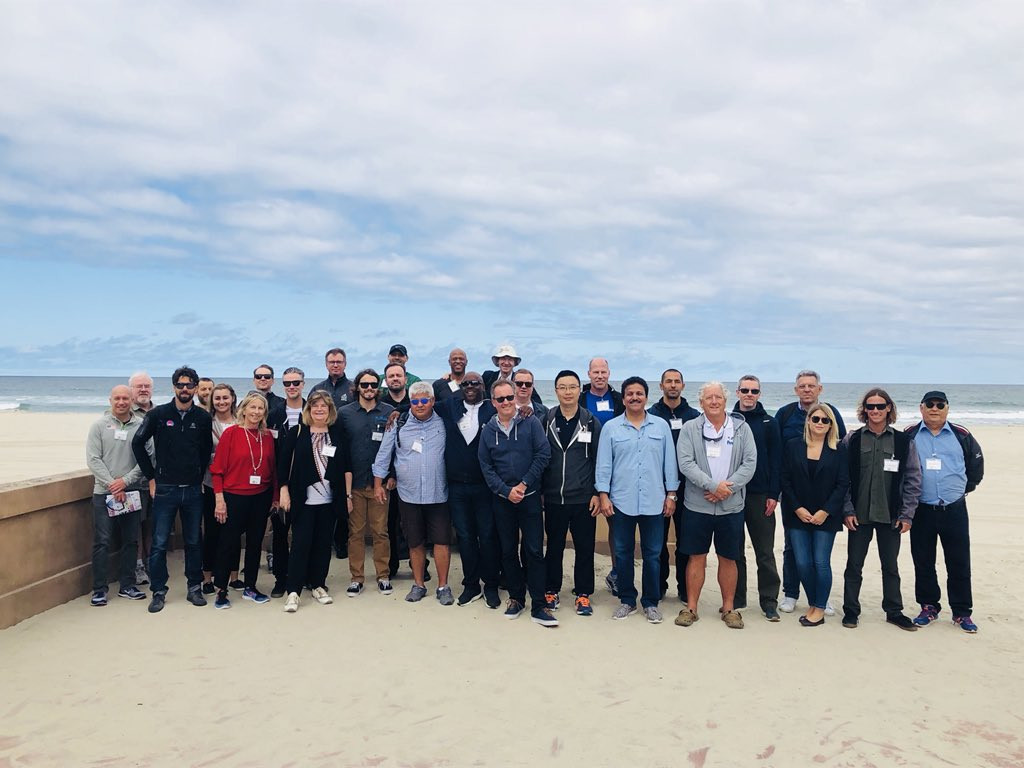 ANOC said the visit was to give delegates a chance to assess the proposed venues for their competitions at the Games in the American city.

Delegates will now be able to give feedback on the existing plans, with the visit coinciding with the full confirmation of the final list of 15 sports and 17 disciplines for the Games.

Aquathlon, a combination of running and swimming, was proposed as the sole triathlon discipline, while a five kilometres open water swimming race was also included.

Shortboard and longboard surfing events are now proposed, along with water ski jumping and wakeboarding.

It has been claimed that delegates were impressed by the size and space of Mission Beach, where competition venues and practice areas will be located.

ANOC said the federations will have enough space to hold their events, but they have also ensured that all competitions will be hosted in one area, allowing fans to easily walk between venues.

All of the federations present had meetings with ANOC and San Diego 2019 to further discuss plans for their sports.

The meetings gave governing bodies the opportunity to suggest amendments to ensure athletes have the best experience.

A general overview of the Games concept and plan was presented to each delegate present.

This included a review of the field of play, along with information on preparation areas, medical plans, media provision, equipment, accommodation, transport, doping controls and visa guidelines.

Hotels which will be used to accommodate athletes and officials during the Games were also toured by officials.

It is anticipated that the 15 sports will bring together approximately 1,300 athletes from every Olympic continent during six days of competition.

It is not expected that every National Olympic Committee (NOC) will participate in the sporting competition.

However, all 206 of the world's NOCs would be expected to be represented at the ANOC General Assembly taking place alongside the Games.

The event was initially due to take place in 2017 but two years ago was pushed back to 2019 to allow more time for preparations.