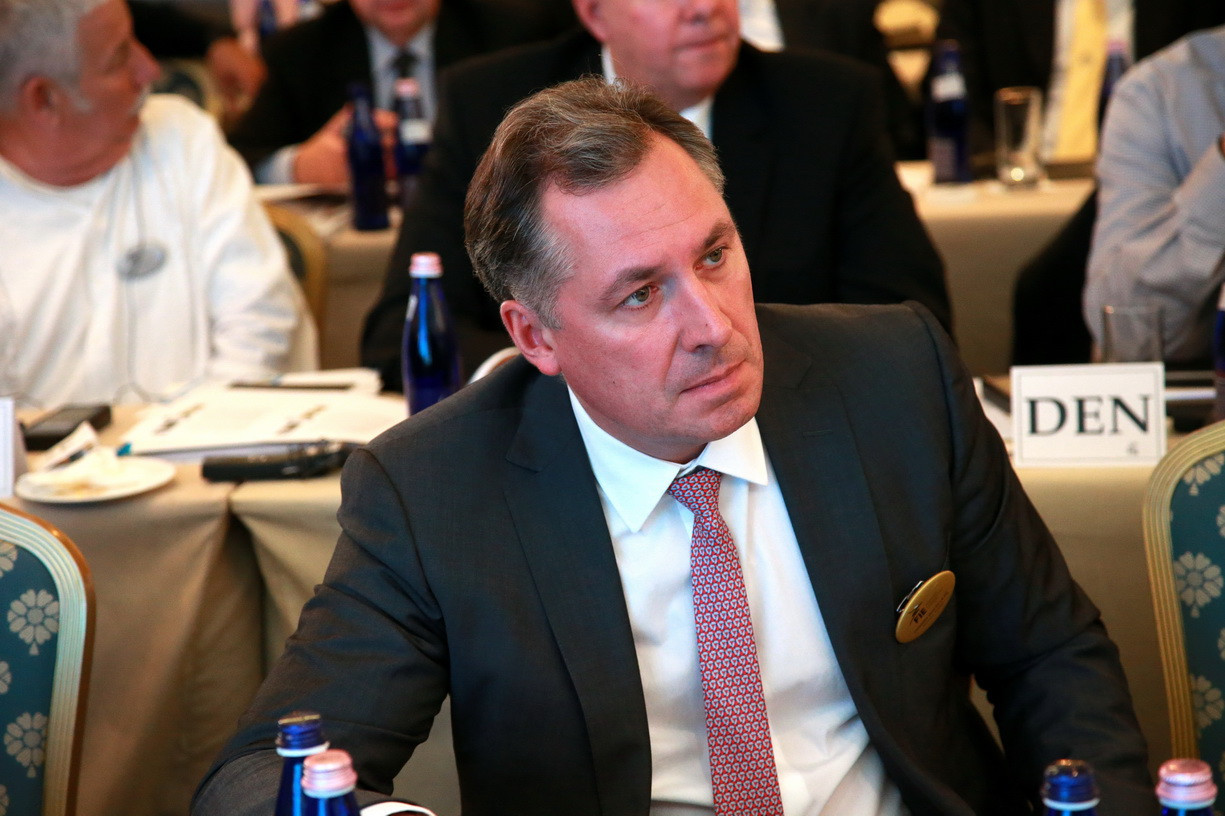 Stanislav Pozdnyakov and Alexander Popov have outlined their credentials for the Presidency of the Russian Olympic Committee (ROC) on the eve of a crucial election for the embattled organisation.

The two officials will go head-to-head to replace the outgoing Alexander Zhukov at tomorrow's election.

Pozdnyakov, the current first vice-president of the ROC and who headed the neutral Olympic Athletes from Russia team at this year's Winter Olympic Games in Pyeonghang, is heavily favoured to be elected.

Popov is considered one of the greatest sprint swimmers of all time and is the only man in history to defend both the 50 metre and 100m freestyle Olympic titles, having won them at Barcelona 1992 and Atlanta 1996.

Pozdnyakov, a first vice-president of the ROC, told Russian website Sport Express that regaining Russia's standing within the International Olympic Committee (IOC) would be one of his main targets should he be elected tomorrow.

Zhukov will automatically cease to become an IOC member when he officially stands down and Pozdnyakov claims they are "already working" towards a Russian replacing Zhukov in sport's most exclusive club.

Pozdnyakov added that he would build on the work of Zhukov, who was at the helm throughout the entirety of the Russian doping scandal, but promised there would be changes.

He claimed the findings in the McLaren Report, which helped formed the basis of the decision to force Russia to compete as neutrals at Pyeongchang 2018, "consists of contradictory things".

Pozdnyakov also said Russia would have been given its flag back at the Games had Russian bobsledder Nadezhda Sergeeva not become the second member of the OAR team to fail a drugs test.

"I am ready to make some changes in the system of work of the ROC," he said in an interview with Sport Express.

"The plan is already ready, but we will discuss it only after the elections, in case of my election.

"I can only say that people who showed their fighting qualities during a difficult period of preparation for the Olympic Games 2018 will participate in the implementation."

Popov, who is already an honorary IOC member after ending a total of 16 years on the Athletes' Commission in 2016, admitted to Sport Express in a separate interview that Pozdnyakov was the favourite owing to his higher degree of support.

He was nominated by one national federation, the Shooting Union of Russia, 34 less than Pozdnyakov.

The 46-year-old insisted, however, that he did not understand "how the members of the ROC could already make their choice if they have not yet seen a single programme from the candidates".

"I will review the organisational structure of the ROC in accordance with the goals and tasks set before us," he said.

"I think we should always start with ourselves.

"Therefore, first of all, we will restore order in our house and rebuild it so that each element is in its place."

It is believed by some that Popov is primarily standing to create the feeling of a contested election.

Other candidates who were considered potentially more serious contenders ultimately decided not to stand.

These included ex-Russian Biathlon Federation President Mikhail Prokhorov, owner of the National Basketball Association team Brooklyn Nets and a prominent oligarch who stood against Vladimir Putin in the Russian Presidential elections in 2012.

He is currently embroiled in a legal battle with Grigory Rodchenkov, the key witness in the Russian doping scandal.