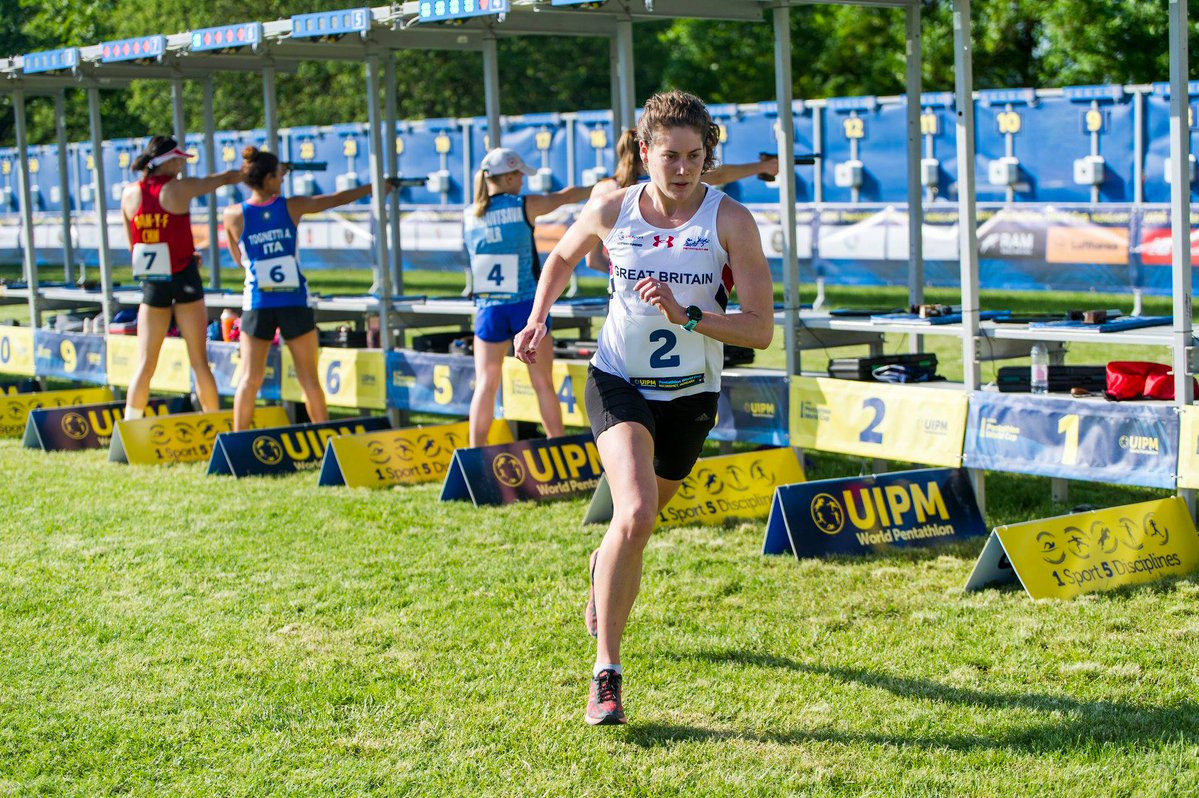 The Rio 2016 Olympian claimed her second World Cup victory and first since Cairo in March of last year with a total score of 1,379 points.

Ireland's Natalya Coyle did enough for silver as she finished 13 points adrift of the Briton in second place.

Bronze went to Russia's Uliana Batashova, who ended with a haul of 1,362 points.

Although French was ninth in the laser run - the concluding event of the final - her time of 12min 19.06 saw her claim 561 points to ensure she topped the standings.

French opted not to compete towards the end of last season and made her return at the third UIPM World Cup of the season in Kecskemét in Hungary earlier this month.

"I had a bit of a break at the end of last season so to be able to come back and do that, I'm over the moon."

Despite missing out on gold, Coyle was pleased with her silver medal - the first individual podium finish she has achieved at the UIPM World Cup.

"I am delighted," she said.

"Now I get to have a rest tomorrow while Arthur [Lanigan-O'Keeffe] competes in the men's final and I can't wait for the mixed relay."