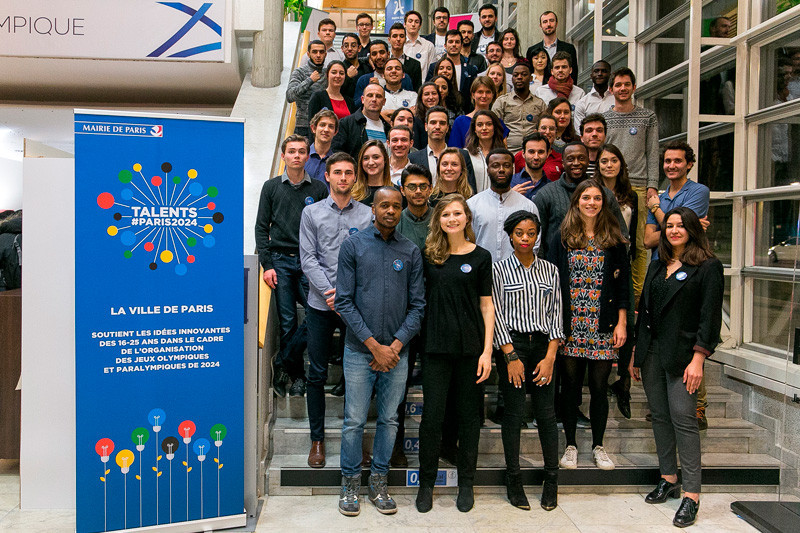 The City of Paris have announced the launch of the second edition of the Talents 2024 project, in preparation for the 2024 Olympic and Paralympic Games.

Initially launched in May of last year, Talents 2024 is designed to support projects run by young people in line with the values of Olympism.

The first launch supported 24 initiatives last year, including three successful project leaders who have now been given personalised follow-up programmes and a share of a €50,000 (£43,000/$59,000) grant.

The City of Paris hope that the Paris 2024 Olympic and Paralympic Games will be an opportunity to create projects that will "change the world".

Talents 2024 projects is aimed at people between the ages of 16 and 25 in the Greater Paris Metropolitan area as part of this goal.

The most innovative projects which are in line with the Olympic values and the International Olympic Committee's goals will be rewarded.

Projects will first be selected on their originality, their impact on the local area and the potential of their achievement.

City of Paris will then select 24 initiatives and further develop the ideas before presenting them to a jury in December.

As was the case last year, the jury will award three projects a shared €50,000 grant and give them personalised support.

Candidates can apply for the Talents 2024 scheme until July 16.