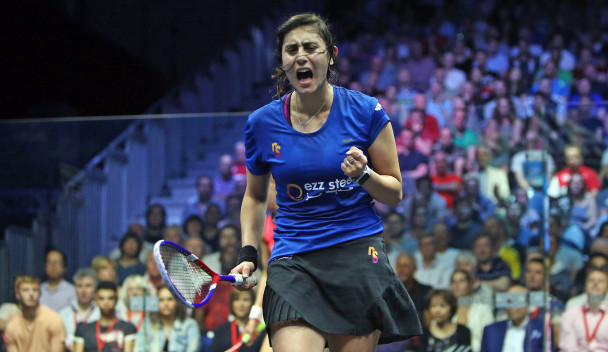 Egypt secured three of four final places across the men's and women's singles draws at the Professional Squash Association British Open at the Airco Arena in Hull.

“It’s always really tough to play Laura in Hull, she was playing so good here but I’m really happy that I managed to get back and win the fourth and happy to be in another final.

“I think when you’re not playing the way you want to play you have to keep fighting for every point, I lost the third when I was leading 9-6 but I just kept going and tried to relax a bit."