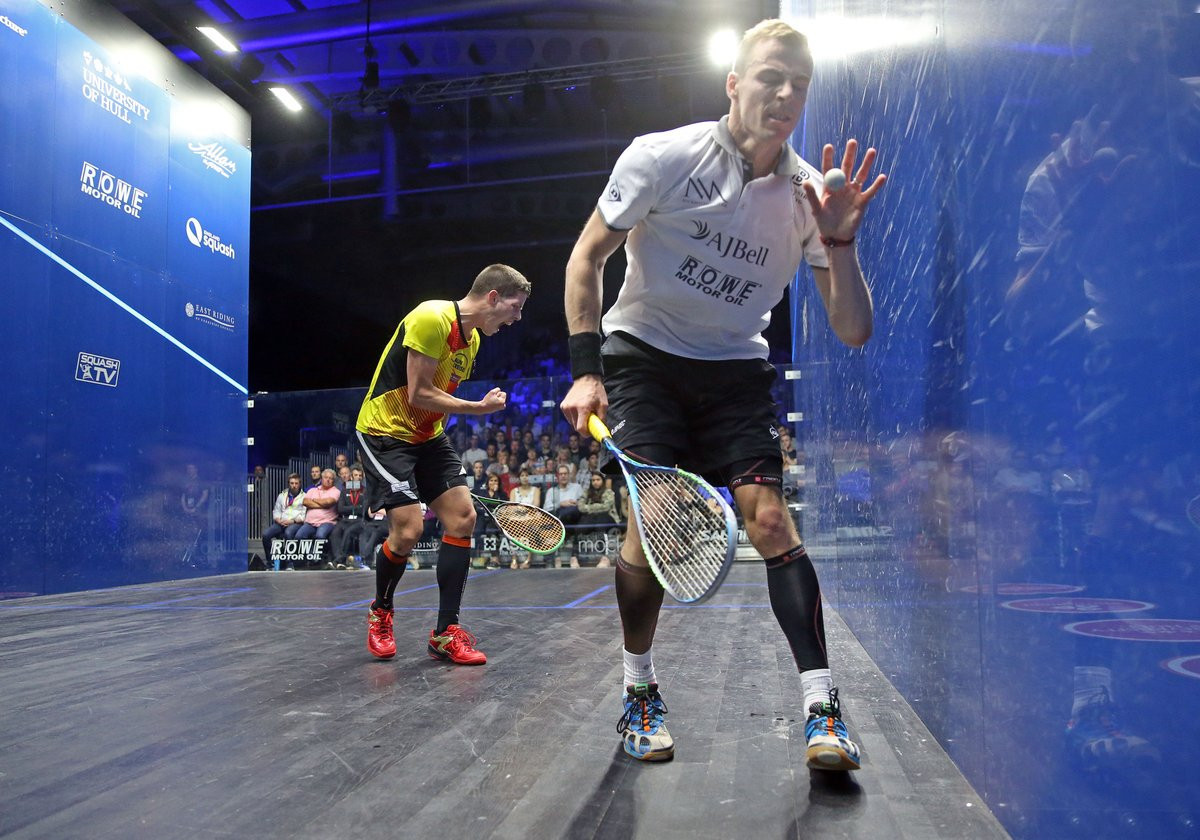 Nick Matthew was stunned by qualifier Raphael Kandra today in what could be the final match of his Professional Squash Association career at the British Open at the Airco Arena in Hull.

The three-time world champion had been hoping to end his illustrious career in style on home courts after announcing retirement plans at the beginning of the season.

But the 37-year-old Yorkshireman was stunned by an impressive German opponent ranked 37th in the world.

Kandra, who beat French world number 27 Mathieu Castagnet in the previous round after coming through qualification, got stronger as the match progressed.

“I would like to congratulate Nick on an amazing career and he’s 37 and he’s still playing at this level,” said Kandra following his giant killing.

“For me it was such a tough match because I was pushing through and he is so experienced so I was trying everything at the end.

“I just said yesterday when you expect to do well in a match you lose for some reason and whenever you don’t expect anything you go on court relaxed and there is no pressure on you and you enjoy it and that’s when the best results come out."

“Credit to Raphael, it’s no disrespect to him but it’s not the way I wanted to go out on a Thursday afternoon here," Matthew said.

“It sort of summed up my season though in that every time I thought I was ahead of the game something trips me up.

"Commonwealth Games was a bit like that and this week.

"I had that great performance on Tuesday and then my body let me down a little bit."

Matthew will play at the World Series Finals in Dubai next month if he qualifies, but this is not guaranteed.

Wales' 11th seed Tesni Evans produced the shock of the day in the women's draw with a 11-9, 11-8, 11-6 over Commonwealth Games champion Joelle King, the fourth seed from New Zealand.