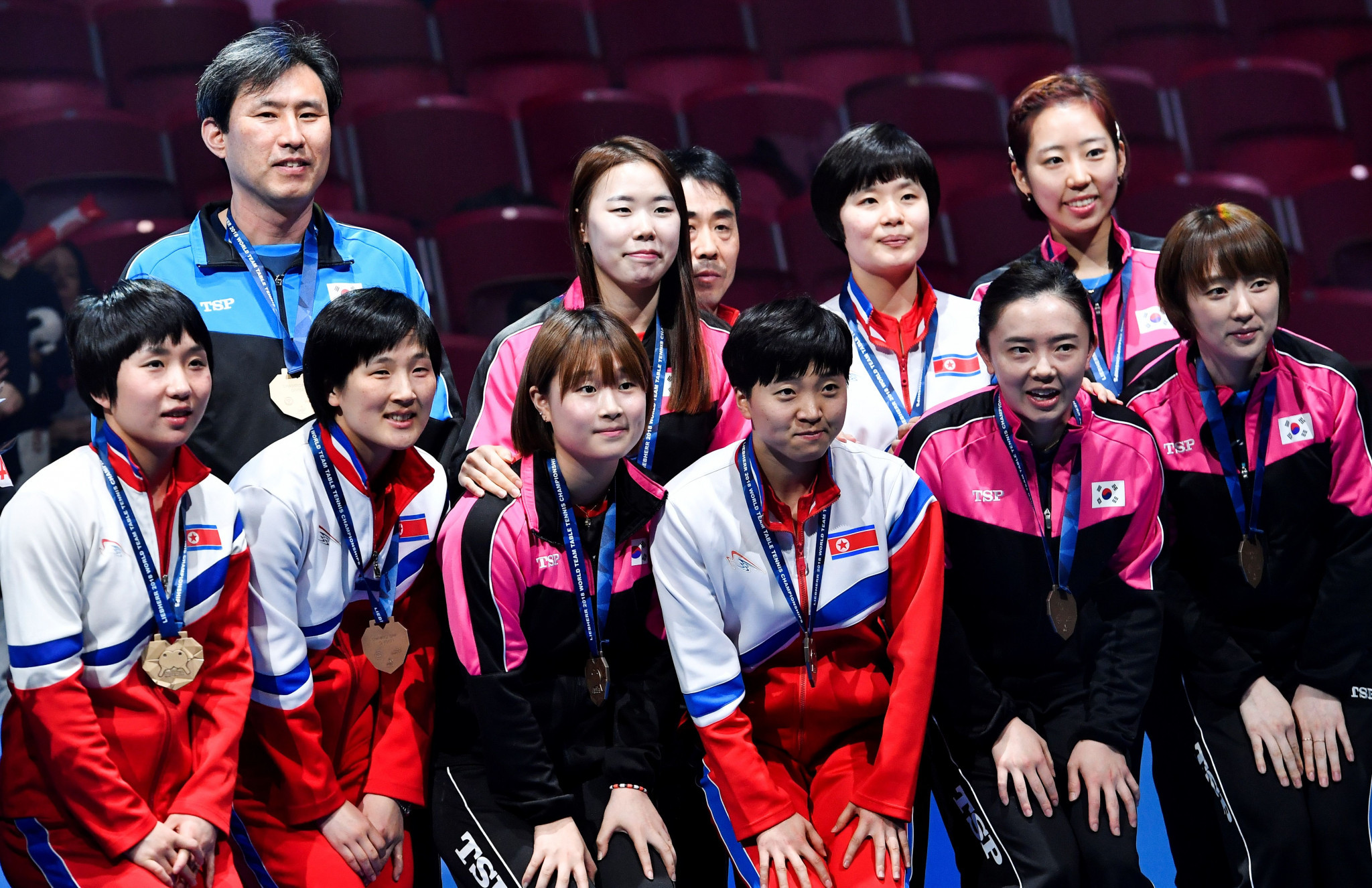 South Korean men's table tennis coach Kim Taek-soo expressed his hope that a unified Korean team will compete at this year's Asian Games in Jakarta and Palembang but warned they should only do so if it increases their chance of success.

Kim said the decision should not be made just to ensure equal representation from South Korea and North Korea.

"We should assemble a team that can perform the best," he told South Korean news agency Yonhap on his return from the World Team Table Tennis Championships in Halmstad, where the two Koreas formed a joint team midway through the women's event.

Suh Hyo-won, the top-ranked South Korean at number 13 in the world, also gave her backing to the idea and claimed a joint team would be able to compete with the best at the Asian Games.

Suh was a member of the unified team which participated at the event in the Swedish city.

South Korea and North Korea were drawn to face each other in the quarter-finals of the women's tournament but refused to play each other, instead joining forces to form a team which progressed straight through to the semi-finals following approval from the International Table Tennis Federation.

The unified team were beaten 3-0 by Japan in the last four.

"I think (putting the teams together) will keep everyone focused," Suh said.

"We didn't have enough time to train together because the teams were combined at the last minute.

"If we can spend more time as a team, we should be able to get past Japan and even hold our ground against China."

Korean Sport and Olympic Committee President Lee Kee-heung cast doubt on the possibility of North and South Korea competing on joint teams at the Asian Games, however, admitting it would be "difficult" to bring the two countries together in certain events.

Lee is due to discuss the prospect of unified teams at the Games with Olympic Council of Asia President Sheikh Ahmad Al-Fahad Al-Sabah at a meeting in Lausanne next week.

The KSOC head told Yonhap that he was confident the two Koreas would march together at the Opening Ceremony in Jakarta on August 18 but said fielding joint teams would "not be so easy".

The Korean Table Tennis Association are among the governing bodies to express an interest in the idea.