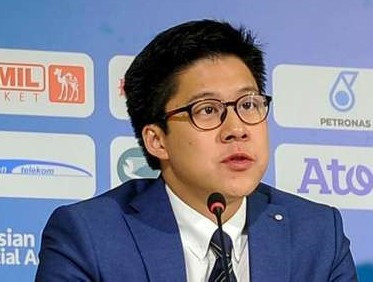 Esports have been urged to unite and regulate itself properly before it makes its debut as a full medal sport at the 2022 Asian Games and to help its campaign to become an Olympic sport.

Kenneth Fok, Asian Electronic Sports Federation (AESF), warned an industry conference that the sport must have a single governing body if it was to become a main-stream sport and join the Olympic Movement.

"Essentially, esports must be properly regulated, respected and recognised, in order to rise to the standard of an Olympic sports," Fok told the Asian Esports Collaboration Summit, a coalition of the Chinese stakeholders of the sport, according to Reuters.

“In anticipation of the enormous growth potential, statutory organisations, Government bodies as well as the commercial sectors must work together to promote esports.

"There are hurdles to be overcome, but we are confident that we share a common goal with all stakeholders in developing esports in Asia."

Esports boasts an estimated 250 million players worldwide in a growing market worth about a billion dollars a year.

Fok claimed China would lead the way in development of the esports scene in Asia and remained confident about overcoming regulatory challenges ahead of them.

The International Olympic Committee (IOC) recognised esports as a sports activity last November and it is due to be included as a demonstration sport at the Asian Games in Jakarta Palembang in September.

Esports will debut as a medal sport at the 2022 Asian Games in Hangzhou in China.

The International e-Sports Federation (IeSF), a South Korean-based organisation which claims to represent 47 countries, including 18 from Asia, has revealed it is in "deep in talks" with organisers of the 2024 Olympics in Paris about incorporating the discipline as a demonstration sport at the Games, the governing body's acting secretary general Leopold Chung had told Reuters.

"It won’t be possible to be an official discipline but to be a demonstration title within the Paris Olympics," he told Reuters.

"The local Olympic Organising Committee and the city are supporting this movement, so this will be a stronger message towards the IOC that esports could be included as a demonstration title in 2024."