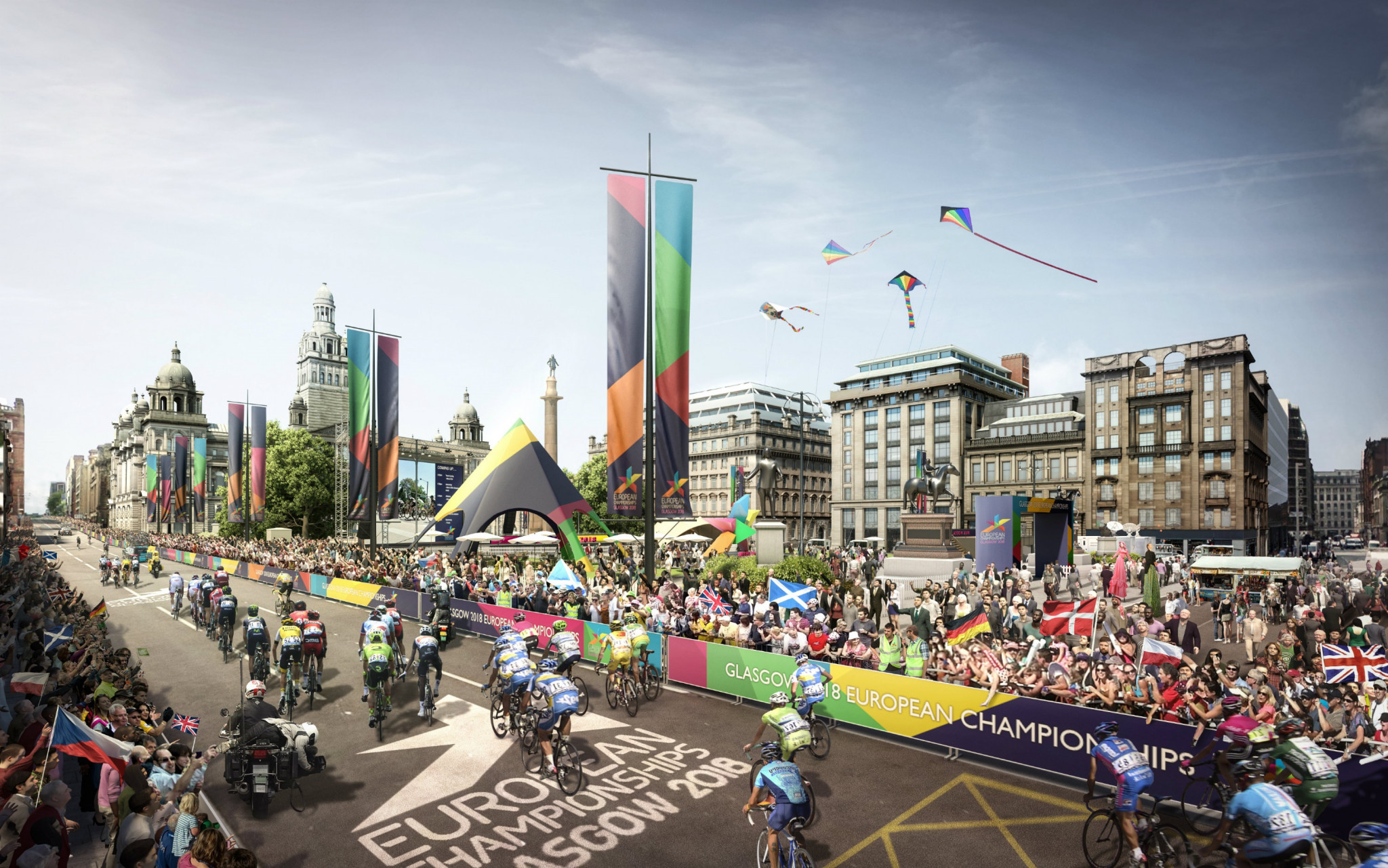 One million residents, visitors, spectators, athletes and media will be part of the sporting and cultural experience of the Glasgow 2018 European Championships, organisers have claimed with 100 days to go until the event.

Glasgow and Germany’s capital Berlin are scheduled to co-host the first-ever combined European Championships from August 2 to 12.

More than 3,000 athletes from 52 nations will travel to Scotland as part of an overall delegation of 8,500 including media and officials.

As well as the boost to visitor numbers, coverage of the sporting action in 12 iconic venues will be broadcast to a potential television audience of up to 1.03 billion, it is claimed.

It is promised Festival 2018 will offer more than 100 "unmissable" performances as part of a world-class arts and culture programme being staged in Glasgow’s George Square, Merchant City, Stirling, East Dunbartonshire and Edinburgh.

"GO LIVE!" at The Green, meanwhile, will offer young people, families and communities have-a-go sporting and healthy living activities alongside innovative arts, family entertainment and the best in Scottish food and drink.

"The European Championships will showcase all that Scotland has to offer to every visitor and spectator, both in Glasgow as the host city and at the other venues across the country," Fiona Hyslop, the Cabinet Secretary for Culture, Tourism and External Affairs, said.

"The combined offer of elite sport and the thriving cultural programme and will make sure that we put on a show to remember further enhancing Scotland’s reputation as the perfect stage for major events."

Depute leader of Glasgow City Council, Councillor David McDonald, added: "The Glasgow 2018 European Championships will be at the very heart of a bumper summer of culture and sport in our city - and will boost the 2.3 million tourists that already choose to explore Glasgow each year.

"This August, visitors from all over Europe will experience our famous warm welcome and find out why people make Glasgow a world-leading destination and unbeatable host for major international events.

"Glasgow 2018 will further strengthen Glasgow’s reputation as one of the world’s top five Ultimate Sports Cities, with sport contributing £370 million ($516 million/€423 million) to the local economy on an annual basis."

Venues for Glasgow 2018 include the SSE Hydro, which will host gymnastics

Golf will be staged at the famous Jack Nicklaus-designed Gleneagles Centenary Course, while diving will be held at Edinburgh’s Commonwealth Pool.

Television viewers across the continent will have the chance to see Scotland’s beautiful scenery through coverage of cycling’s road race and time trial events, and open water swimming at Loch Lomond and The Trossachs National Park.

Local residents and communities, meanwhile, can watch from their doorsteps for free.

"Glasgow has a huge experience in staging world-class events including the Commonwealth Games in 2014," Berlin 2018 chief executive Frank Kowalski said.

"We are convinced that hosting six out of seven sports at the inaugural European Championships in Glasgow will be a tremendous success and enhance all individual Championships.

"Athletes, fans and the media will profit from this multi-sport event and the great experience of staging the event in Scotland and Germany.

Last week, it was revealed a "European Mile" area in the heart of Berlin will offer sporting and cultural events as part of the 2018 European Athletics Championships.

Breitscheidplatz square will be transformed from August 7 until 12 to accommodate the finish of the marathon and walking events.

It will also host the men’s shot put qualification and nightly victory ceremonies.

Medals will be awarded in the host city centre for the first time since the Championships began in 1934.