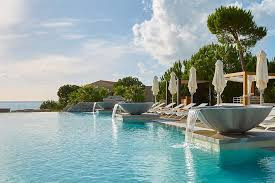 Gian Franco Kasper is set to secure a sixth term as President of the International Ski Federation (FIS) after the worldwide governing body confirmed he will stand unopposed during next month's Congress.

The veteran Swiss official, first elected to the role in 1998, notified the FIS Council of his intention to run for re-election at their Autumn meeting in Oberhofen in November.

A challenger has not materialised in recent months, allowing Kasper the chance to maintain his position for another four-year term.

The FIS published the list of candidates for President and its Council today, which shows the International Olympic Committee Executive Board member as the only official in the running for the top job.

The election is due to be held at the FIS Congress in Costa Navarino on May 19.

The confirmation of Kasper's re-election will ensure he stays in the position until after his 78th birthday.

It will also continue the trend of the FIS having had only four Presidents in its 98-year history.

Sweden’s Ivar Holmquist served as the FIS' first President from 1924 to 1934, where he was succeeded by Nicolai Ramm Østgaard.

The Norwegian led the organisation from 1934 to 1951, before Switzerland’s Marc Hodler remained at the helm for a 47-year spell until 1998.

Hodler, who had exposed the Olympic bid scandal for the 2002 Salt Lake City Winter Olympics and Paralympics, retired as FIS President at the age of 80.

Kasper has led the organisation since, with his last re-election coming back in Barcelona in 2014.

The sometimes controversial figure - who was forced to apologise last year after comparing calls for Russia to be banned from the 2018 Winter Olympics in Pyeongchang tp the persecution of Jews in Nazi Germany during the Holocaust - is also the head of the Association of International Winter Olympic Sports Federations.

Steve Dong Yang of China will hope to secure a seat on the council as Beijing continues its preparations to host the 2022 Winter Olympic Games.

South Korea's Dong Bin Shin, currently banned from the FIS after he was given a two-year suspended jail term on corruption charges last year, is set to be replaced on the Council.

Snowboarder Konstantin Schad of Germany has been proposed as the Athletes' Commission representative on the Council.