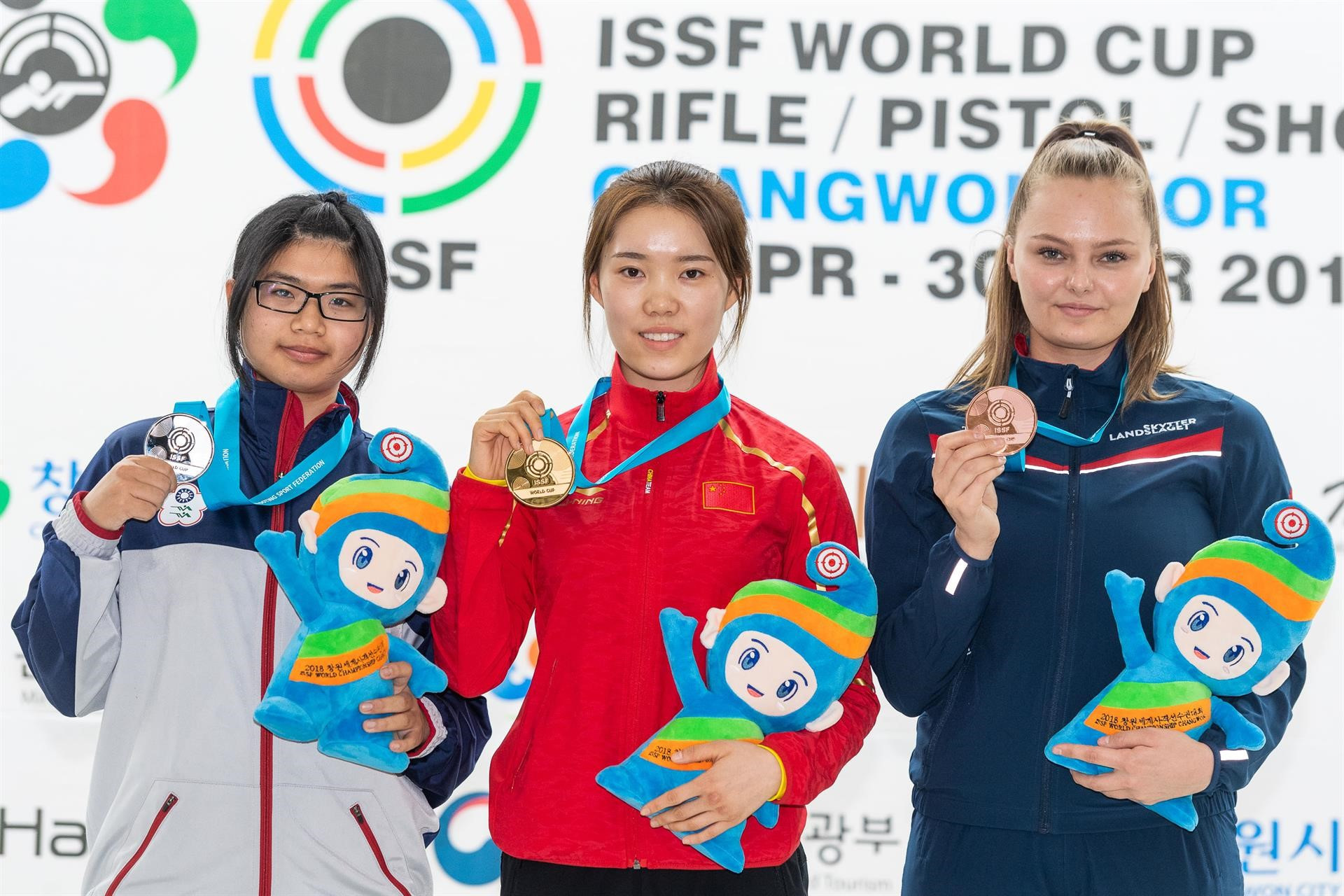 Chinese teenager Zhao Ruozhu made a memorable debut in the International Shooting Sport Federation (ISSF) World Cup when she set a world record to win the women's 10 metre air rifle in Changwon in South Korea.

The 19-year-old shooter claimed the lead with a strong first series and progressively built a consistent gap between her and her main rivals, also both youngsters, Chinese Taipei’s 18-year-old Lin Ying-Shin and Norway’s 20-year-old Jenny Stene.

Zhao fired all of her 24 shots inside the 10th ring and maintained the top position all the way through the match, eventually setting a world record with 252.4 points, 1.4-point ahead of Lin, who took silver with 250.0.

Stene finished with 229.1 points to win the bronze medal.

This World Cup is also serving as a test for the newly reconstructed shooting range of Changwon, a modern venue due to host the 52nd ISSF World Championship, in September.

Earlier on this opening day, Russia triumphed with a gold-silver medal combo in the men’s 10m air rifle final, the opening event of this World Cup stage.

Dryagin climbed up the scoreboard in the second half of the final match, after a relatively slow start.

With an unmatchable series of deep 10s, he defeated his teammate by 1.0 points, securing his first gold medal in a World Cup event.

The two had enjoyed a similar close contenst at the European Championship in Győr in Hungary in February.

There, Maslennikov, the Olympic bronze medallist, won the match, securing the European title and leaving Dryagin in second.

The tables were turned today as Maslennikov finished in second place with 250.2 points.

The 2017 ISSF World Cup title holder, who started-off the season by winning the first World Cup of the year in Guadalajara in Mexico, led most of today’s final, sliding then in third place as he fired a 10.0 and a 9.8 on his 21st and 22nd shots.

A total of 13 more medal events are due to take place in this World Cup tournament, due to conclude next Sunday (April 29).