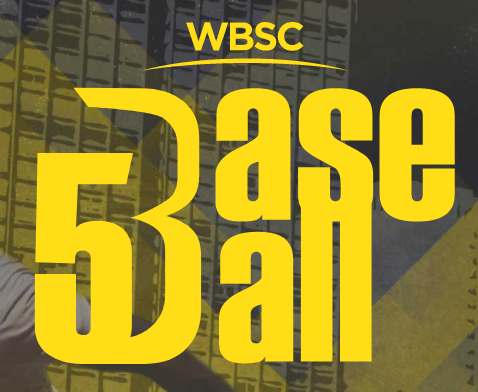 The World Baseball and Softball Confederation (WBSC) have launched a new discipline called Baseball5 designed to grow the sport at grassroots level.

The Baseball5 idea originates from the street baseball often seen on the streets of Cuba and sees five players come up against each other in five innings matches on a pitch approximately half the size of a basketball court.

The main difference between Baseball5 and baseball and softball, however, is that there is no bat.

Instead, players pitch the ball to themselves and use their hand as a bat to hit the ball as far as they can before running towards the bases.

This makes it ideal for new players who do not want to commit to investing in bats, as well as underprivileged communities who do not have the financial means to buy a bat.

The new Baseball5 format has become incredibly popular with children, it is claimed, not only for its simple concept but also because of the pace of the game, with the five innings completed in just 15 minutes.

Although WBSC President Riccardo Fraccari admitted to insidethegames at the SportAccord Summit here that there was luck involved in developing the idea – "we have touched the right button to develop our sport," he said – this is being seen as a fantastic opportunity to open up the sport to new markets given its flexibility.

Schools are said to be particularly interested as it can be played indoors and is a contact-free game.

Furthermore, and perhaps most importantly, both male and female players can play in one game, making it open to everyone.

Another unique market to have been born out of Baseball5 is in the Nordic countries, as they can play the sport during the winter.

The United States Army has also expressed an interest in adopting the game, as it can be played on any surface.

Although the concept was initially promoted to grow the game at grassroots and in underdeveloped countries, they have, according to Fraccari, "received a response far greater than expectations and also requests for the format that we were not thinking about before".

One of those requests has come from a promoter in Mexico, who are looking to professionalise Baseball5 and organise competitions involving prize money.

"We began by thinking it was a bridge for the youth and we found it can be a leader," Fraccari said.

WBSC are already planning the future of Baseball5 and intend to make it more than just a sport by turning it into an entertainment spectacle, as has been the case with sports such as beach volleyball and Twenty20 cricket.

Additionally, they hope to be included on the programme for the proposed Urban Games.

For now, though, they are keeping their feet on the ground and there are plans to encourage the sport at a lower level.

Professional coaches will be visiting countries in Asia, Europe and Central America this summer in a bid to spark enthusiasm among the locals.

It is often said that baseball struggles outside the American market, but it is hoped that this will help WBSC break that mould.