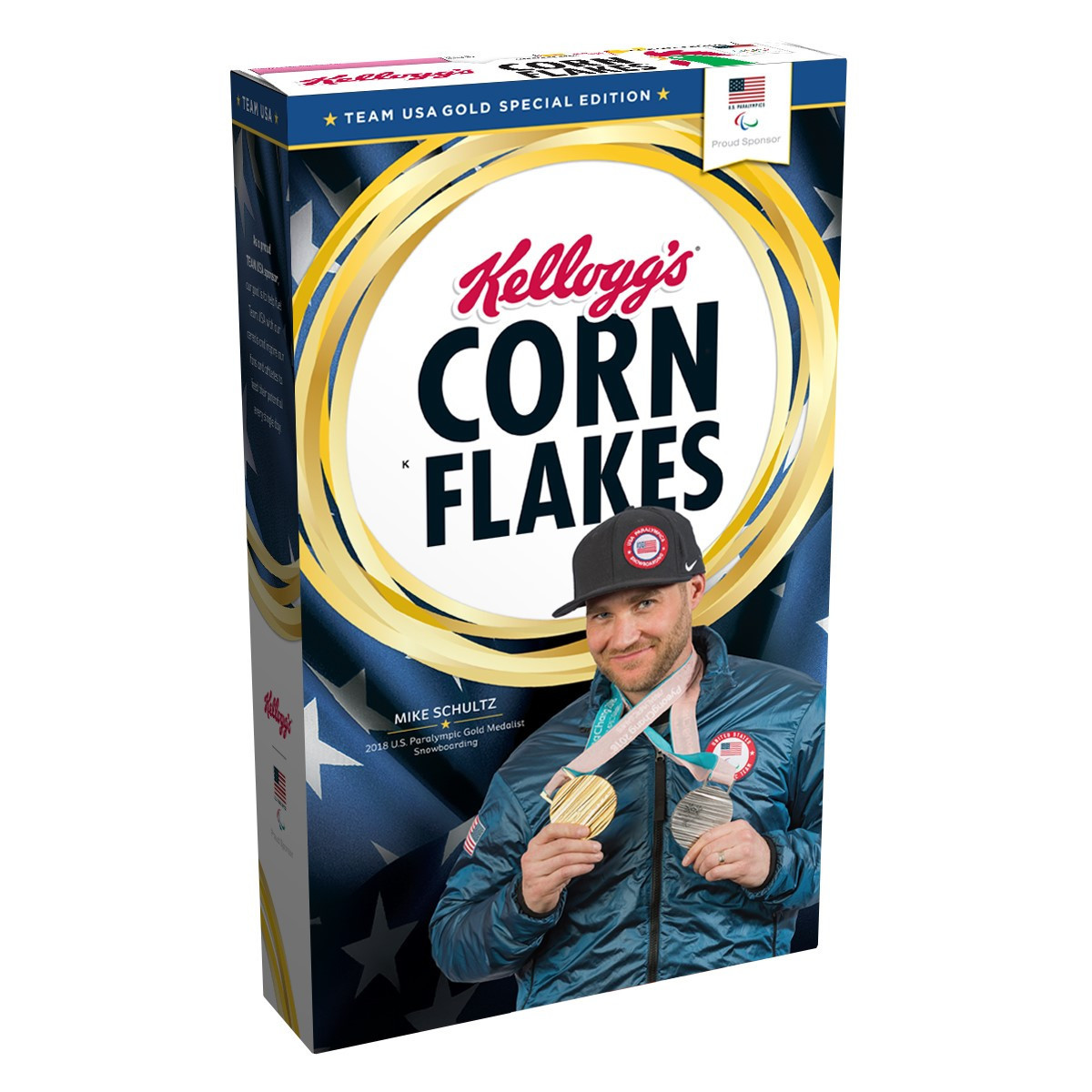 Pyeongchang 2018 gold medallist Mike Schultz will become the first Paralympian from the United States to feature on a gold medal edition box of Kellogg's Corn Flakes, it has been announced.

He also claimed the silver medal in the men’s banked slalom SB-LL1.

Kellogg's has announced that Schultz will feature on the box to celebrate his success.

Gold medal edition boxes are available in limited quantities for a short time only on the Kellogg’s Family Rewards' website here.

Schultz made his Paralympic debut at Pyeongchang 2018 and was selected as the US' flagbearer during the Opening Ceremony.

"It was a true honour to have represented my country at my first Paralympic Winter Games and I'm proud to bring home gold and silver medals for the US," Schultz said.

"I'm so thankful for my family, who have been with me every step of my journey, and the support from Team USA and Team Kellogg's."

Schultz emerged as one of the top snowboarders in the world since joining the US team in 2015.

He won a silver medal in banked slalom at the 2017 World Para Snowboard Championships and competed at Pyeongchang 2018 on the back of his best season yet, having captured the crystal globe for the snowboard-cross, banked slalom and the overall men’s SB-LL-1 class.

An avid extreme sports athlete, Schultz was a professional snocross racer before a severe injury during competition in 2008 led to the amputation of his left leg above the knee.

He engineered his own prosthetic design, which is used by many of his team-mates, international competitors and other amputees across the country.

Team Kellogg's released a video in October 2017 to provide more information about Schultz's journey towards Pyeongchang 2018.

It was part of the #GetsMeStarted campaign, which celebrates what drives people - everyone from parents to elite athletes - to get up in the morning and uncover the possibilities of each new day.