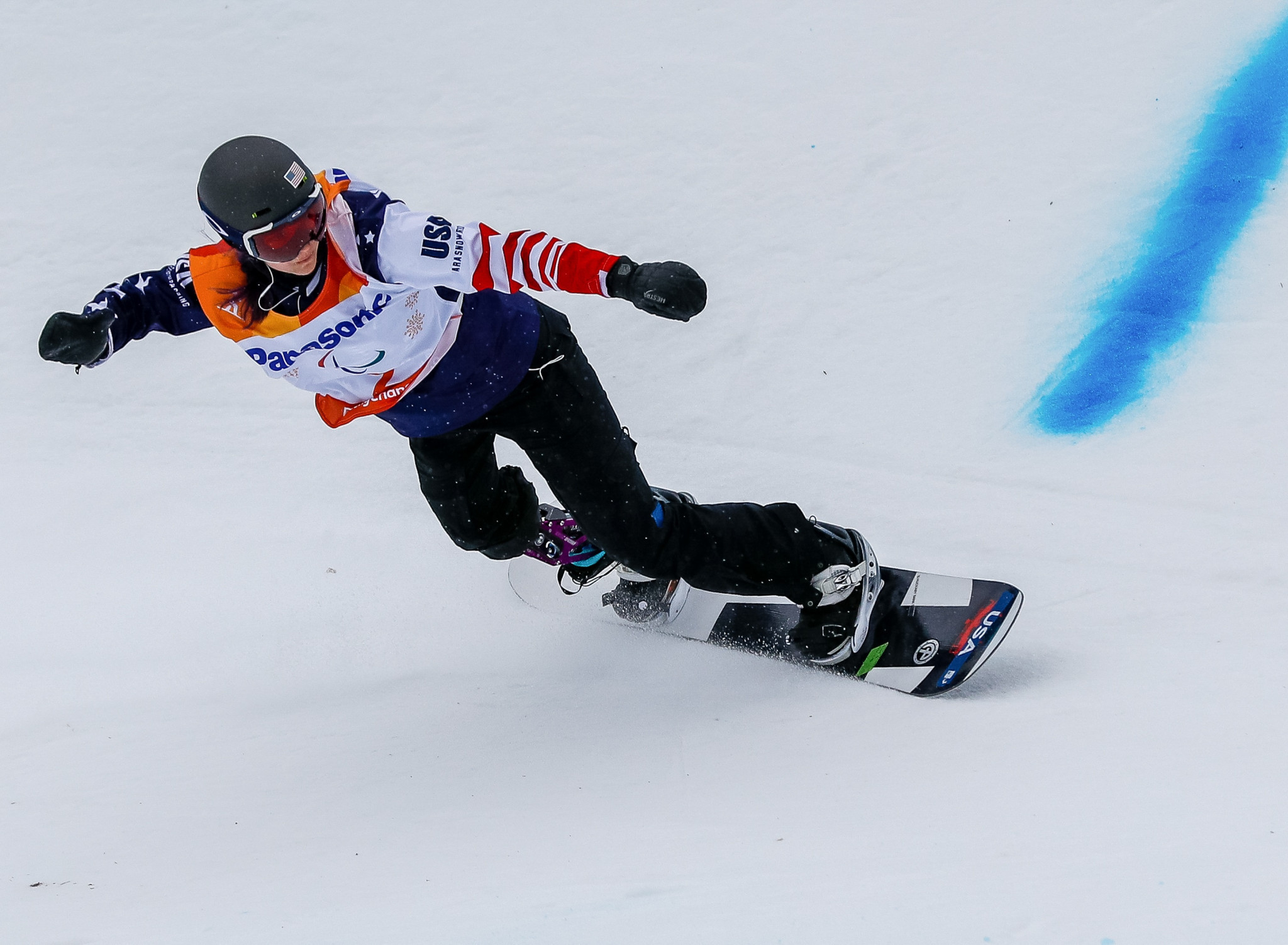 The United States' Brenna Huckaby and The Netherlands' Bibian Mentel-Spee each claimed their second gold medals of the Pyeongchang 2018 Winter Paralympic Games after coming out on top in their women's banked slalom snowboard events here today.

Both added to their snowboard cross triumphs from Monday (March 12) by winning the SB-LL1 and SB-LL2 events respectively.

Huckaby's fastest time of 56.17sec placed her ahead of France's Cecile Hernandez, the silver medallist in 56.53, and fellow American Amy Purdy, the bronze medallist in 1:05.40.

"I want to keep being better and keep moving forward and keep pushing this sport to what it can be," Huckaby said.

"I think this is the beginning for us in boarder cross specifically because we can do more.

"I know that we will do more and I'm really excited to be part of that and hopefully inspire more Para-snowboarders to keep doing more.

Victory for Mentel-Spee was secured with a stunning final run time of 56.94, nearly three seconds faster than any of the other competitors.

American Brittani Coury was the only other athlete to go sub-60 seconds and took the silver medal in 59.87.

The bronze medal went to Dutch rider Lisa Bunschoten in 1:00.04.

In the last six months, she has been undergoing cancer treatment and has also had two operations after a scan showed that a tumour was still present in her neck and was pressing on her bone marrow.

The Dutchwoman's last operation was in January, giving her only a month to train for her second Paralympic Games.

"In the beginning, I had no clue if I could be here at all," Mentel-Spee said.

"When the doctors told me I had to have the surgery, they told me: 'The good part is if you have the surgery we believe you can probably pull it off and be at the Paralympic Games.'

"That made me say, 'okay, well let’s go and have surgery'.

"Then we started training with my team - we had three weeks of phenomenal training in Finland and that felt really good.

"That gave me the confidence for being back on my board and being able to pull snowboard cross off and do good in banked slalom."

On a day dedicated to banked slalom action, the US's Mike Minor produced a superb final run to win gold in the men's SB-UL event.

Sitting third after the first two runs, he clocked 50.77 to finish ahead of Austria's Patrick Mayrhofer and Australia's Simon Patmore in the silver and bronze medal positions respectively.

There was an American one-two in the men's SB-LL1 competition as Noah Elliott, the snowboard cross bronze medallist, clinched gold ahead of team-mate Mike Schultz.

Elliott's final-run time of 51.90 saw him prevail by a margin of 1.52 seconds over Schultz, the snowboard cross gold medallist.

Croatia, meanwhile, won their first medal of the Pyeongchang 2018 Winter Paralympics courtesy of a bronze from Bruno Bosnjak in 54.08.

Japan won their second gold medal of the Games through Gurimu Narita, who excelled in the men's SB-LL2 event.

His third-run time of 48.68 was 0.52 seconds quicker than silver medallist Evan Strong of the US.

The US comfortably finished top of the snowboard medal standings with five golds, five silvers and three bronzes.

The Netherlands came second with two golds, two silvers and one bronze, while Australia ranked third with one gold and one bronze.