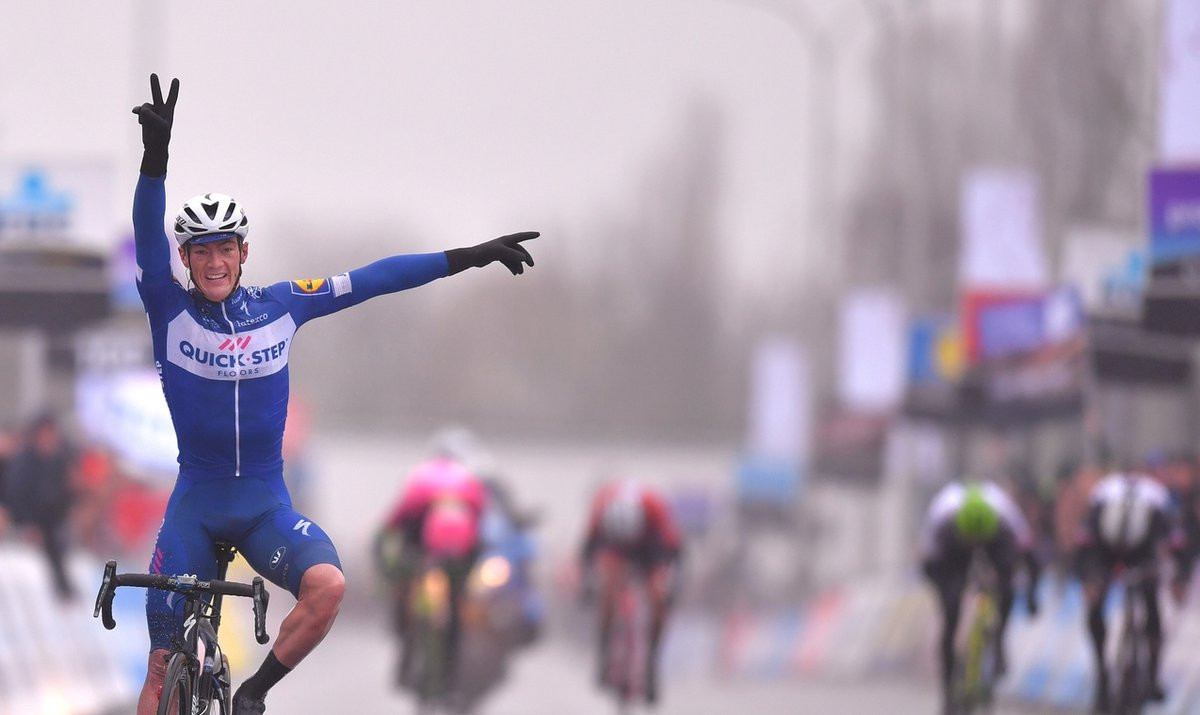 Riding for the Quick-Step Floors team, Lampaert managed to come out as the top rider among a small group of five escapees from the peloton in the final 500 metres of the 180 kilometre race.

The race had started quickly and all riders seemed to be on the pace with 40km passing before any kind of breakaway happened.

Great Britain's Luke Rowe, who recently recovered from a broken leg, of Team Sky was the first to mount a relatively successful breakaway but he was eventually absorbed back into the pack after failing to create a gap of over a minute.

It was not until the final 20km of the race that a group of riders successfully broke away with eventual race winner Lampaert, fellow Belgian Sep Vanmarcke, Norway's Edvald Boasson Hagen, Denmark's Mads Pedersen and Mike Theunissen of The Netherlands emerging from the pack.

Lampaert eventually pushed himself as the first of the five with half a kilometre to go, crossing the finish line alone with no challenge.

Theunissen, riding for Team Sunweb and Vanmarcke, competing for EF Drapac, sprinted to the finish line to claim the final two spots on the podium.

As reported by Cycling News, after his victory, Lampaert, who has now joined a club of two-time winners of the race which includes compatriot Johan Museeuw and Quick-Step Floors team mate Niki Terpstra of the Netherlands, said: "It's fantastic to win.

“I know I'm not a champion like them but today I felt really great.

The Dwars door Vlaanderen was the warm-up act for the Tour of Flanders Classic, which takes place on Sunday (April 1).

Disgraced United States cyclist Lance Armstrong was set to appear at the Tour of Flanders this weekend but has decided to withdraw, citing "a very serious family and personal matter".

International Cycling Union President David Lappartient had said that he would not attend the Tour of Flanders if Armstrong was there.

Armstrong will be replaced by Belgium's national football team manager Roberto Martinez as the guest of honour.