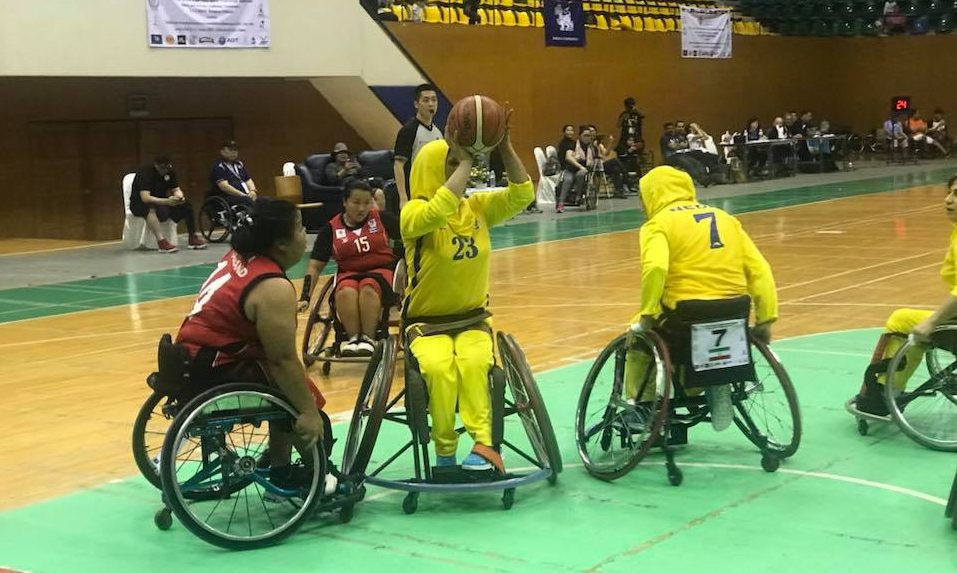 The Iranian team headed into the final match of the wheelchair basketball tournament with an unbeaten record after five straight wins.

They maintained their form by taking a 15 point lead against the host nation.

Iran preserved the lead through the remainder of the match, securing a 43-27 victory over their rivals to secure the gold.

Afghanistan completed the podium positions with a 46-28 win over Cambodia to secure the bronze medal.

The top four countries all earned a berth in the Asian Para Games tournament in Jakarta.

Laos and India missed out places at the Games in Indonesia.

A further four places were available in the men’s competition, where China emerged as the winners.

Thailand were again be forced to settle for the silver medal as they were beaten 57-54 by China in a closely fought final.

Both teams were already assured of Asian Para Games spots prior to their encounter.

Hong Kong ended the tournament in fifth place to miss out on a place at the Games.

They were followed by Afghanistan and India.

Automatic qualification had been given to men’s teams from South Korea, Japan and Indonesia, as well as women’s squads from China and Japan.

Competition at Jakarta 2018 is due to take place from October 6 to 13.