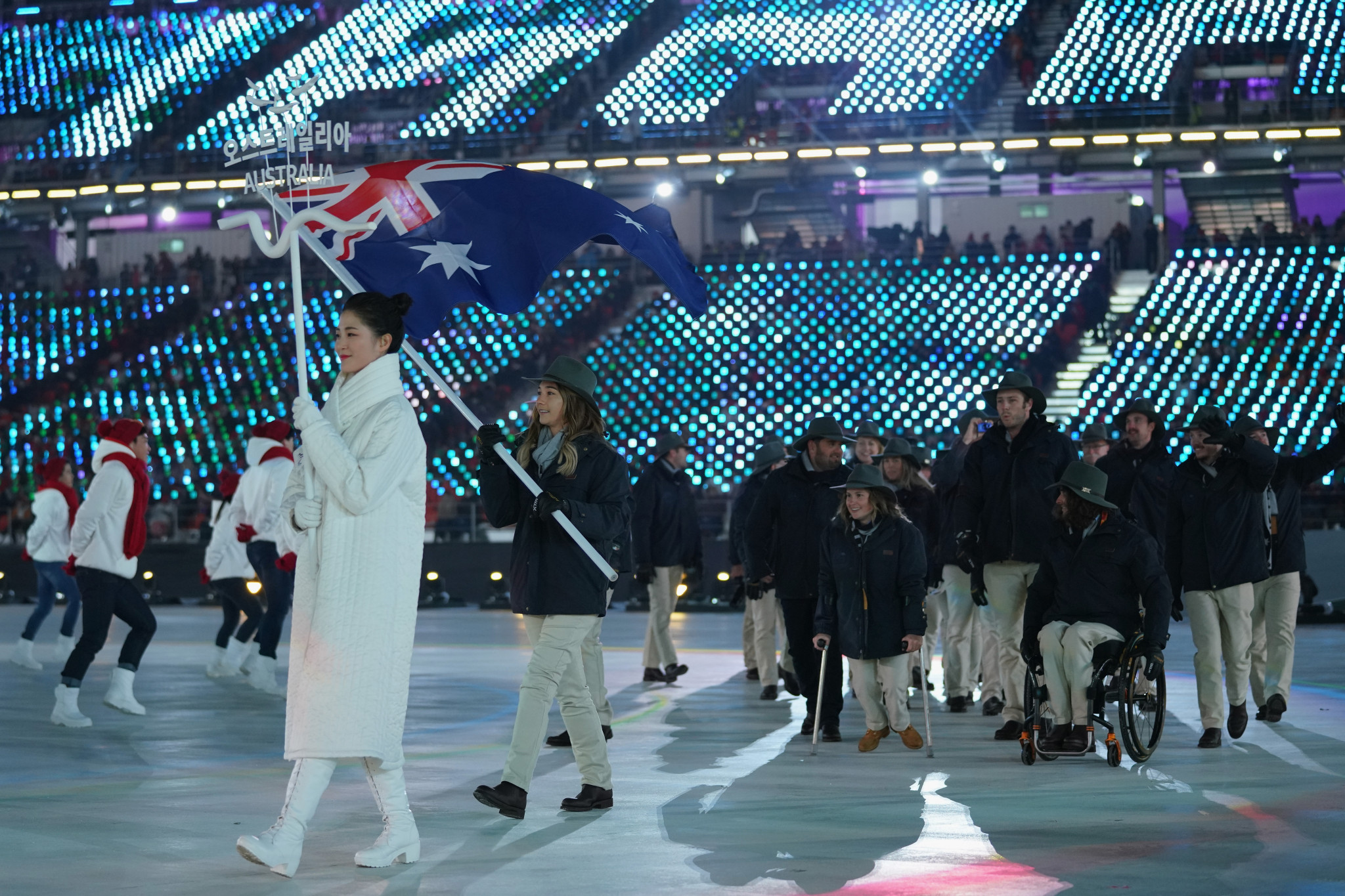 Australian Para-snowboarder and Opening Ceremony flagbearer Joany Badenhorst has been forced to withdraw from the Winter Paralympic Games due to injury.

Badenhorst, winner of two crystal globes for her performances in the recent World Cup season and was hoping for a medal here, injured her left knee when she crashed during a snowboard cross training today at the Jeongseon Alpine Centre.

According to the Brisbane Times, after receiving confirmation that she would miss the Pyeongchang 2018, Badenhorst said: "I can’t actually think about it because it does make me really really emotional.

"And I’m quite fragile at the moment.

"But considering the extent of my injuries and, you know, the damage I did to my back brace I’m actually very, very lucky that I was wearing a knee brace.

"It could have been so much worse.

"I’ve been working so hard.

Badenhorst added: “You can probably imagine I was incredibly emotional, quite devastated.

"I did have hopes of it turning around and being slightly more positive.

"I didn’t think that I did that much damage to my knee.

"I took a moment, had a cup of tea and I’m busy working a game plan for next week.”

Badenhorst went on to describe the crash.

"Basically, I kind of caught air off a feature in the middle of the course, just after turn four," she said.

"I felt like I was not balanced enough in the air and as I came down I was front heavy and the tip of my snowboard caught the downward ramp of a feature, it sort of tomahawked forward and slammed my body into the snow.

"There was a lot of tumbling and throughout the tumbling, I got really twisted up.

"It was really painful but it didn’t feel that severe, so I had hoped maybe being able to compete.

"I sort of clung onto that for the rest of the day.

"I couldn’t walk at all. I was a little bit disorientated and in a lot of pain."

"To be brutally frank a medal opportunity is gone," he said.

This will be the second consecutive Games that Badenhorst has been forced to miss after she missed Sochi 2014.

Coincidentally, it was an injury to her left knee on the morning of the event which forced her to miss out on that occasion.

Badenhorst has vowed to remain in Pyeongchang to support her team mates for the remainder of the Games.

"I’m going to be in the crowd, with them [the Australian athletes] every step of the way," she said.

"I’m going to attend both of the races and be the fan club, and make sure that no matter what all of our athletes need, I’ll be in their corner.

"I’m there and I’m going to try and define myself another role."