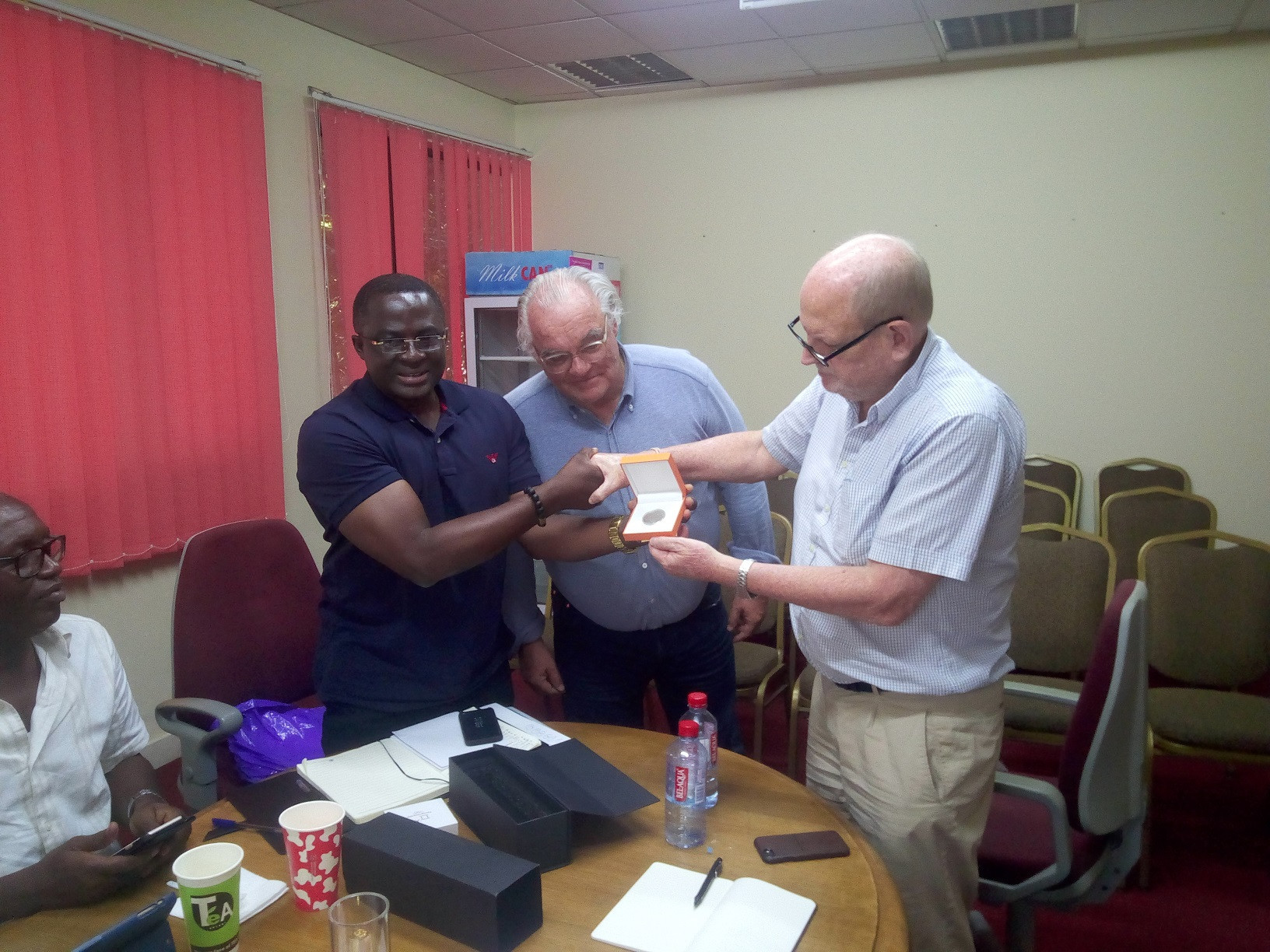 A partnership has been agreed "in principle" for Cocoa From Ghana to continue their role as headline sponsor of the country's Olympic team at Tokyo 2020.

It follows the Ghana Olympic Committee (GOC) ambitiously launching their plan to win a first Olympic gold medal in the Japanese capital.

A statement posted on the GOC website claimed prospective sponsors had "responded positively" to the gold medal target.

Cocoa From Ghana acted as the team's headline sponsor at Rio 2016 and Pyeongchang 2018 and have already pledged support to the three sports of athletics, boxing and volleyball.

An "important and fruitful" meeting has been held between GOC executives including the body's President Ben Nunoo Mensah and representatives from the company.

Nunoo Mensah presented some souvenirs from the 2018 Winter Olympics, it was revealed, while they also gifted a digital collection of "exciting moments".

Akwasi Frimpong finished 30th in the men's skeleton in the South Korean County after receiving support from Cocoa From Ghana.

Boxer Clement Quartey won a light welterweight silver medal at Rome 1960, while there were bronzes for two other boxers: Eddie Blay at Tokyo 1964, also in the light welterweight division, and Prince Amartey as a middleweight at Munich 1972.