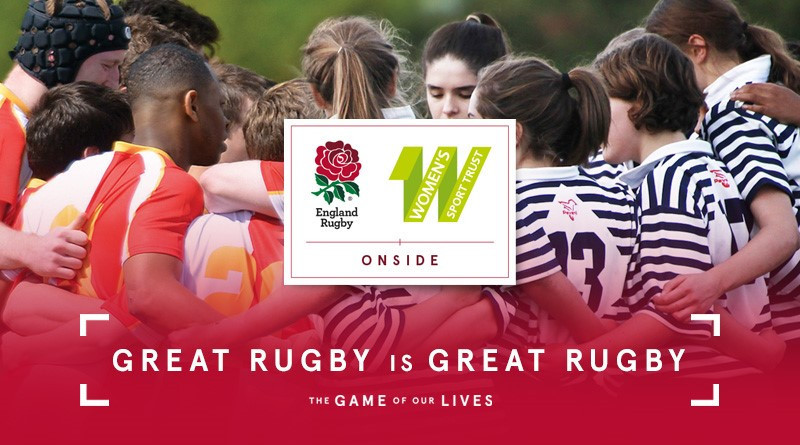 England Rugby have announced a partnership with the Women's Sport Trust for their Onside campaign, which aims to engage men to take action to support women in sport.

The campaign is seeking to encourage men and boys to act as role models by actively and visibly supporting women's sport.

Driving more sponsorship and increasing media coverage of women's sport through increased attention are also targets of the campaign.

Increasing the audience for women's sport, such as growing teams, clubs and brands, as well as generating positive messages to indirectly encourage women to engage with sports, are other key targets.

England Rugby state the campaign's goals are closely linked with their strategic plan and funding agreement with Sport England.

They also cite their four-year women and girls action plan, which was launched in November 2017 with the target of driving participation levels.

"From the success of the Red Roses to the growing participation of women and girls in the grassroots game, women are integral to our sport and ultimately, great rugby is great rugby to be enjoyed by all."

They believe the Women's Sport Trust's Onside campaign will help to utilise the support of the rugby community, particularly male players, to encourage support for women across the game.

"In recent years, England Rugby has taken significant steps to support the development of the women's game, we are excited to partner with them on the Onside campaign to build on this, getting more men involved in championing women's rugby, at every level," said Tammy Parlour, Women's Sport Trust co-founder and joint chief executive.

"We hope to see more male players, coaches, support staff and senior leaders publicly supporting the women's game, making it clear that great rugby is great rugby whether it's played by men or women."

The campaign will be supported through England Rugby and the Women's Sport Trust's networks and influencers, both digitally and on social media platforms.

Both organisations are calling on players and fans, both men and women, to support the campaign with the hashtag #Onside.