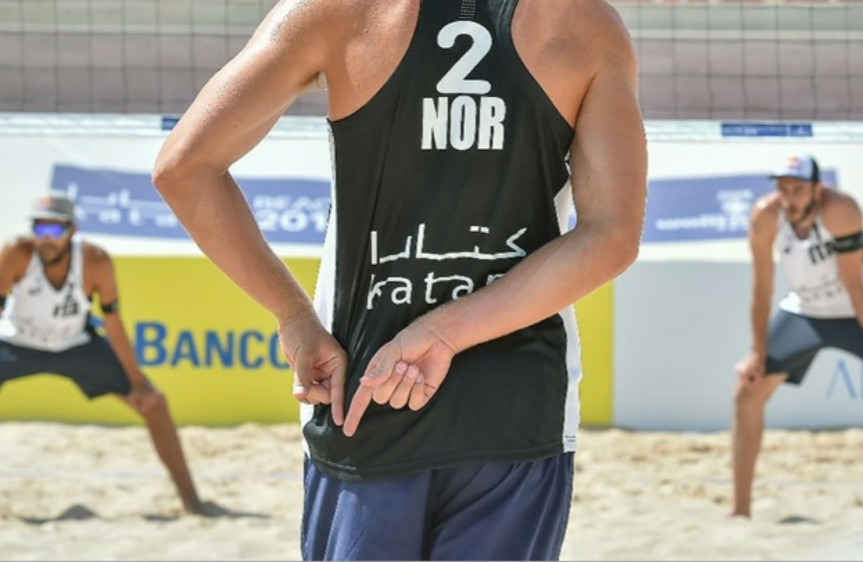 Norwegian pair Anders Mol and Christian Sorum continued their surprise run at the International Volleyball Federation Beach World Tour event in Doha as they recorded two wins today to progress straight through to the second knock-out round.

Mol and Sorum first overcame Canada's Grant O'Gorman and Ben Saxton 21-17, 21-18 at the Katara Cultural Village in the Qatari capital.

The Norwegian duo then claimed an impressive 21-18, 26-24 win against Italians Paolo Nicolai and Daniele Lupo, who won silver at the most recent Beach World Tour competition in Fort Lauderdale.

"It was hard, really hard as they are a good team," Mol said after beating Nicolai and Lupo.

"We just had nothing to lose and put some pressure on them and did some good things out there.

"We have set ourselves the goal of being on the podium this year."

Cherif Younousse and Ahmed Tijan, Qatar's leading team at their home tournament, will need to come through a play-off tomorrow if they are to join the Norwegians in round two.

But they recovered to keep their hopes of progressing alive, beating Nico Beeler and Marco Krattiger of Switzerland 21-15, 16-21, 15-10.

The Qatari team will face the Canadian duo Sam Pedlow and Sam Schachter for a place in the second knock-out round.

The tournament in Doha, which does not include a women's event, continues tomorrow.