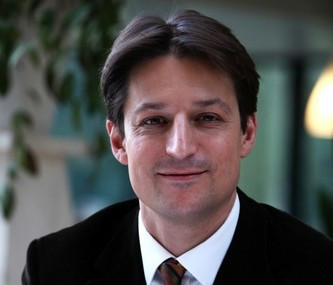 International Association of Athletics Federations (IAAF) chief executive Olivier Gers has resigned from his position, with the commercial set-up of the organisation cited as the chief reason for his departure.

Gers joined the IAAF in October 2016, following a six month search by the governing body for a chief executive.

It was claimed the Frenchman, who had 20 years of commercial, marketing and media experience, was selected from more than 200 applicants.

The official has now opted to leave the IAAF after 18 months, stating their "pre-existing commerical framework" had not allowed him to "apply his talents".

"Whilst I am sorry to be leaving, the pre-existing commercial framework makes it difficult for me to apply my talents and fully leverage the assets of the IAAF in the way I would like," Gers stated.

"Given my stance, I have resigned so the IAAF can pursue a different commercial strategy for the sport.

"We have accomplished a lot in the last 18 months: outlining a new strategic plan for growth, bringing a new leadership team in place to achieve this plan, securing broadcast and digital rights to expand audiences for the sport, innovating audiovisual coverage of the sport with the creation of IAAF Productions as evidenced by the recent World Indoor Tour, changing processes at the Monaco Headquarters to better serve the sport.

"With the team now in place I am confident the organisation is in the best possible hands to drive growth."

The IAAF said that Gers will continue in the role for the next three months, with a replacement set to be announced in due course.

IAAF President Sebastian Coe thanked Gers for his contribution, including efforts in governance reform and work on the organisation's strategic plan.

"I would like to thank Olivier for the work he has done particularly around putting a strong team in place at the IAAF, developing a strategic plan and securing broadcast and digital rights to expand audiences for athletics globally," said Coe.

He headed to the UK in 2010 as chief executive of Endemol Worldwide Brands.

Gers was also the Global President of LiquidThread, a division of Publicis Media Group in the UK, prior to joining the IAAF.

His resignation was confirmed on the first day of the IAAF Council meeting in Birmingham.

The meeting, due to conclude tomorrow, follows the IAAF World Indoor Championships in the English city.