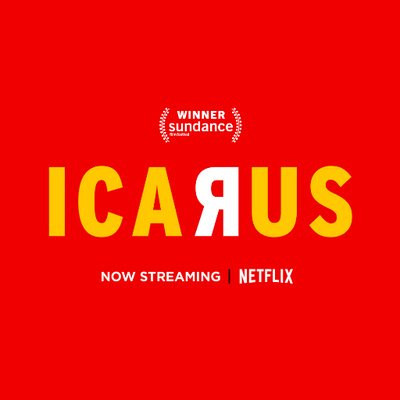 Icarus, the documentary which exposes revelations about Russian doping, has been nominated for an Oscar.

The film is the product of American Bryan Fogel, who spent nearly two years documenting the scope of the alleged Russian doping programme.

It has been shortlisted in the best documentary (feature) category at the 90th edition of the Academy Awards.

Allegations in the documentary are often viewed as playing in a part in the doping crisis which has seen Russia sent to the international sporting wilderness, with the nation being forced to compete at next month's Winter Olympics in Pyeongchang under a neutral banner.

Catlin then refers Fogel to the-then Moscow anti-doping laboratory director Grigory Rodchenkov, who would go on to make allegations to the New York Times about a Russian doping operation at events including the 2014 Winter Olympic and Paralympic Games in Sochi.

Having fled Russia to the United States, he then assisted the World Anti-Doping Agency (WADA)-Commissioned investigation by Canadian lawyer Richard McLaren, which alleged that around 1,000 Russians across Summer, Winter, non-Olympic and Paralympic sport were implicated in a doping manipulation scheme at events taking place between 2011 and 2015.

The documentary that took down an empire.

Thanks to @TheAcademy for the Best Documentary Feature nomination. pic.twitter.com/4V4TtOgIFN

Rodchenkov says in the film that "I do not believe that the Olympic Games can be won without any pharmacological support".

He also admits to spending years helping to obtain steroids for Russian athletes and then disguising the effects.

Dan Cogan, a producer on the film, told the Los Angeles Times "everything changed" in November 2015 when the first WADA Independent Commission report into numerous allegations of anti-doping rule violations put Rodchenkov at the centre of the escalating scandal.

"All of a sudden we're thinking, 'how do we keep this person - or even us - safe from the Russians?'" he said in an interview.

In Icarus, Rodchenkov flees to the US amid increasing fear over the Russian Government's response to the allegations he makes on camera.

Fogel and Cogan put him up in a Southern California safe house, but after two of Rodchenkov's colleagues die several weeks later, he is urged by Fogel and producers to go to the New York Times in the hope that he will be safer if he's known to the public.

Icarus is up against Abacus: Small Enough to Jail, Faces Places, Last Men in Aleppo and Strong Island in its Oscar category.

The ceremony will take place on March 4 at the Dolby Theatre in Los Angeles.

In a tweet from the film's official account, Icarus is described as a documentary "which took down an empire".

Other sporting films nominated for Oscars include I, Tonya, about the figure skating scandal involving Tonya Harding and Nancy Kerrigan.

It is up for three awards including best actress for Margot Robbie, who plays Harding.

Dear Basketball by former great Kobe Bryant is up for the animated short prize.