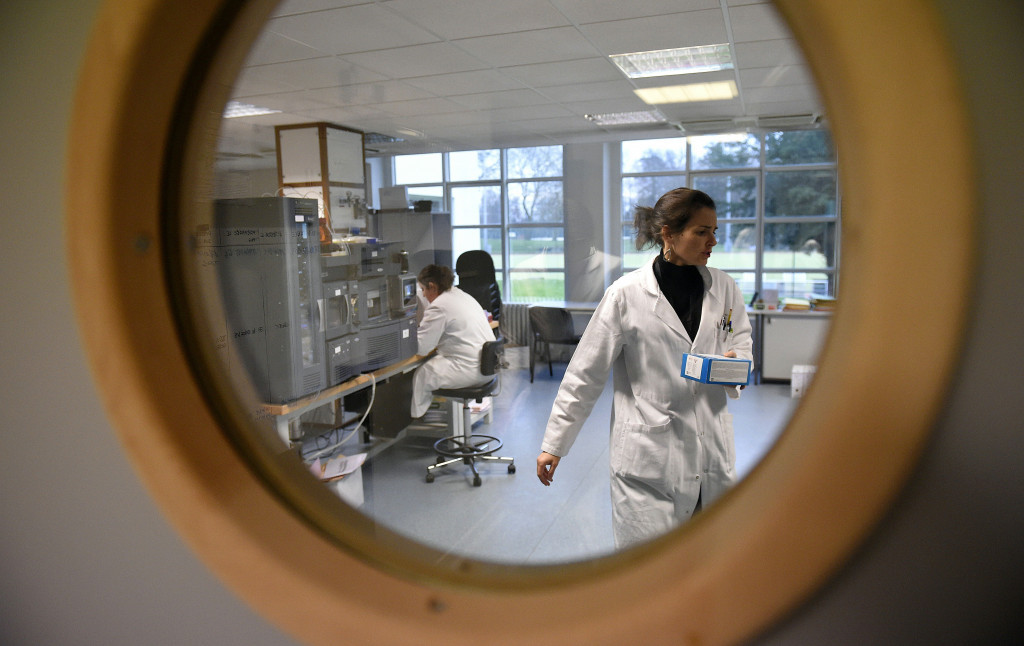 A leading official has hit back at the Institute of National Anti-Doping Organisation's (iNADO) criticisms of plans to reform the global drugs testing system.

Andrew Ryan, executive director of the Association of Summer Olympic International Federations (ASOIF), believes that a fully independent anti-doping system must be separated from Governmental and sporting interference.

It was the cornerstone of a 12-point reform declaration made last week by the International Olympic Committee (IOC) Executive Board.

The IOC insist that it would be pointless to exclude either governing bodies or Governmental representatives from political level decisions on the World Anti-Doping Agency (WADA) Executive Committee and Foundation Board, but claim both must be completely separated from testing and sanctioning.

"We think that an independent testing function is essential on both sides of the operational fight against doping which means both the International Federations and the NADOs," Ryan, who also sits on a Working Group on WADA Governance, told insidethegames.

"This should be crystal clear for everyone.

"We have allegedly the worst ever case of Russian NADO activities being controlled by state entities, according to the McLaren report.

"Without demonstrable independent governance, NADOs will always be perceived as being subject to influence by their paymasters the Governments.

"We therefore need to have a very clear demonstration of independence at the NADO level, the IF level and for major event organisers."

The IOC claimed in their declaration that anti-doping should be separated from sporting interests but also "equally independent from national interests".

Anti-doping organisations, however, believe WADA should be responsible for sanctioning individuals who fail tests as well as organisations non-compliant with the World Anti-Doping Code.

They criticised the IOC for adopting what they implied was a hypocritical stance considering their decision not to hand Russia a blanket suspension from Rio 2016 following the McLaren Report evidence.

"IOC representatives have used the term 'national interests' to suggest that it is in every country’s interest to dope their athletes for international competition in order to win medals," a statement co-signed by WADA chair Doug MacQuarrie and chief executive Joseph de Pencier said.

"This premise is indefensible.

"The vast majority of nations and athletes are fully dedicated to protecting public health, upholding the rules of sport and national laws, and meeting the obligations of their international treaties, e.g. the United Nations Educational, Scientific and Cultural Organisation (UNESCO) Convention Against Doping in Sport.

"We have witnessed the singular Russian example of 'national interests' subverting sporting integrity in the absence of the commitment to clean sport.

"Should this ever happen again, an empowered and a vigilant WADA, with sanctioning powers of its own, would be able to deal effectively with such a situation.

"Sadly, faced with the greatest example of 'national interests' subverting clean sport in the history of the modern games - the misconduct of Russia - the IOC has yet to respond with any form of meaningful national sanction."

IOC Presidential spokesman Mark Adams last week criticised "plainly ridiculous" calls from organisations, including iNADO, for there to be no sporting involvement in WADA governance.

"All governance involves experts in the subjects," he said.

Ryan believes there is a wide problem in the governance structure of NADOs.

"One example of current NADO governance problems comes from Jamaica, where the new NADO Management Board was reported, at the recent WADA symposium in Lausanne, as appointed and funded by the Ministry of Sport," he told insidethegames.

"This is, I assume, a temporary measure but demonstrates the need for independence and better governance at NADO operational level."

insidethegames understands that the IOC comment relates to Russia and Kenya, as well as the recent case involving the Norwegian cross-country skier Therese Johaug.

The International Ski Federation has filed an appeal to the Court of Arbitration for Sport (CAS) calling for the 13-month doping ban on Johaug after the seven-time world champion tested positive for anabolic steroid clostebol in September to be increased.

They deem the ban - warded by the Norwegian Olympic and Paralympic Committee and Confederation of Sports’ Adjudication Committee following a recommended 14-month suspension proposed by Anti-Doping Norway - to be "on the low end of the range of reasonable sanctions".

Another example given relates to the Sport Dispute Resolution Centre of Canada ruling allowing world pole vault champion Shawn Barber to compete at Rio 2016 after he was found to have inadvertently tested positive for cocaine by kissing a woman.

Ryan believes having both sides involved in the political leadership of WADA is less of a problem.

This is because the current system of a 50-50 representation ensures both sides are represented.

Having the Court of Arbitration for Sport (CAS), rather than WADA, responsible for sanctioning is thus a possible compromise.

This was also something criticised by iNADO on the grounds that CAS is headed by John Coates, an IOC vice-president and President of the Australian Olympic Committee.

If this happened, Ryan said, it would have to follow a similar structure to that adopted during Rio 2016 where there was a separation between the adjudicators responsible for initial sanctions and those administering over the appeals process.

It is not currently expected that anti-doping reforms will be fully completed until a World Conference on Doping in Sport now scheduled for 2019.

WADA hope, however, that many of them will be completed long before then following discussions at a Foundation Board meeting in Montreal on May 18.