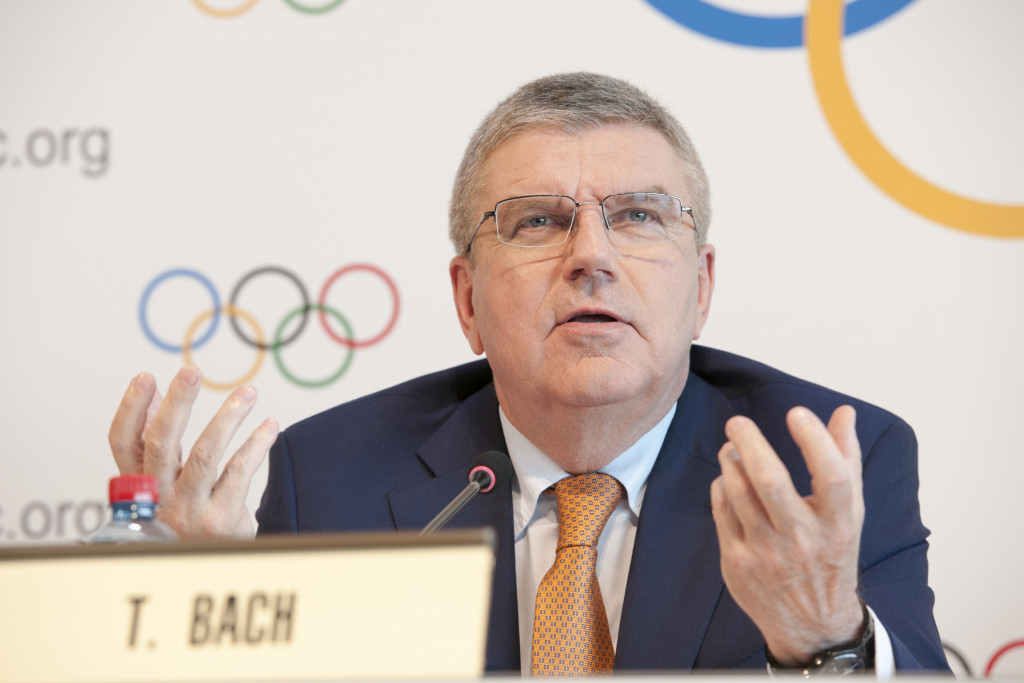 Russian athletes will not be allowed to march under their own flag at the Closing Ceremony of Pyeongchang 2018 but, in return, the country's National Olympic Committee is set to have its suspension lifted soon after the Games finish, it has been confirmed.

This compromise agreement, which was revealed beforehand by insidethegames, was hammered out during almost four hours of painful negotiation yesterday at an International Olympic Committee (IOC) Executive Board meeting and then at informal discussions at the Olympic Club here which continued on into the early hours.

The country's flag will not be present at the Closing Ceremony but the Russian Olympic Committee will have its suspension lifted as soon as it is confirmed that no additional positive cases are incurred by Olympic Athletes from Russia (OAR) at Pyeongchang 2018.

An IOC Executive Board motion was unanimously passed by the Session despite partial opposition beforehand from New Zealand's Barry Maister and Canada's Tricia Smith, who called for more to be done before the suspension could be lifted.

Two failed drug tests by Russian athletes at Pyeongchang 2018 was key in the suspension not being lifted for the Closing Ceremony here later today.

Russia were suspended and forced to compete under the OAR name due to the "systemic manipulation" of the anti-doping regime at Sochi 2014.

An IOC Executive Board ruling on December 5 said that the ban could be lifted before the Closing Ceremony - meaning Russian athletes could march under their own flag - so long as they have honoured the "letter and spirit" of eligibility requirements.

"The IOC Executive Board recommends not to lift the suspension for the Closing Ceremony, therefore no delegation for the Russian NOC will have taken part in these Games," said IOC President Thomas Bach.

"The IOC would have considered lifting the suspension because the OAR delegation has respected the December 5 decision.

"This was hugely disappointing and prevented the IOC lifting the suspension.

"Subject to continued compliance of December 5, the suspension of the ROC is considered to be lifted once it is confirmed there are no additional doping cases by members of the OAR delegation."

Nadezhda Sergeeva tested positive for banned stimulant trimetazidine after finishing 12th in the two-woman bobsleigh event, where she had been the pilot with partner Anastasia Kocherzhova.

Nicole Hoevertsz, the chair of an IOC implementation group charged with assessing whether Russia had fulfilled the requirements, described these two cases as "individual ones" which were not evidence of a systematic approach.

This was backed up by IOC medical and scientific director Richard Budgett.

Numerous members then spoke in support of the proposal, including Australia's John Coates, who referenced the multiple apologies Russian officials have supposedly made as well as the need to "draw a line" under the issue.

Russian's IOC member Shamil Tarpischev also expressed hope that this would mark a "new chapter" in Russian and Olympic sport before attempting to blame the scandal on "culture and poor education".

Maister, though, said that he only supported the first part of the IOC proposal.

"I strongly agree [with Smith] that there is more work to do in the second phase, to delay the reinstatement," the New Zealander said.

"There needs to be a clear process in place before reinstatement."

Only 52 of the 97 active IOC members were present today.

Pound chose to depart Pyeongchang on Friday (February 23) while Pengilly agreed to leave at short notice last week following an incident with a security guard here that has still not fully been explained.