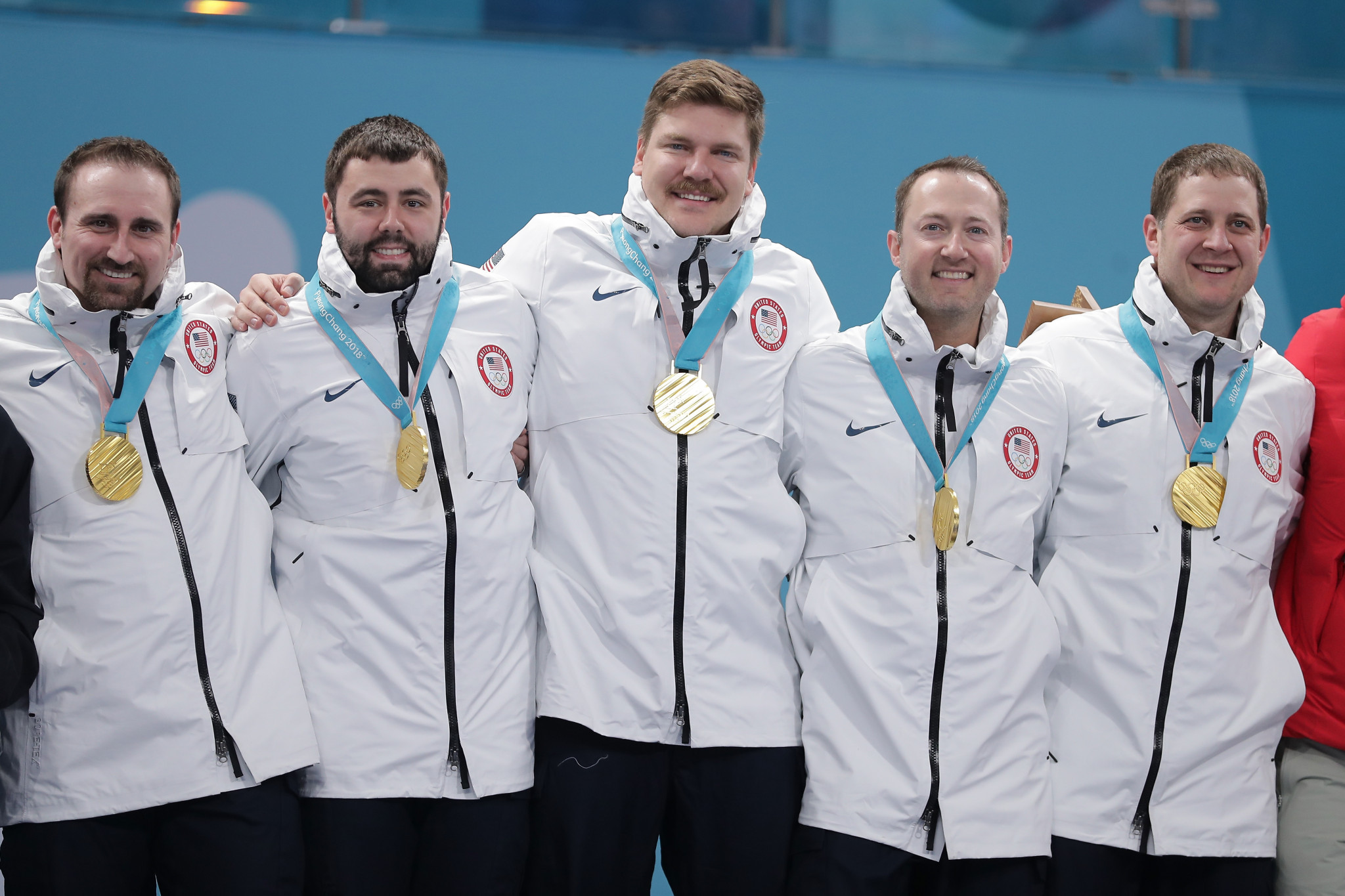 With the score tied at 5-5 in the eighth end, US skip John Shuster delivered a pinpoint double take-out to score five and effectively seal a memorable victory.

The Swedes pulled two back in the ninth end, but then conceded in the 10th to send the raucous American supporters into raptures.

This was a fifth successive battling win in this competition for the Americans - skipped by John Shuster, with third Tyler George, second Matt Hamilton, lead John Landsteiner with support from alternate Joe Polo.

For Shuster, the gold goes alongside the bronze medal he won at Turin 2006.

"I kept smiling and I'm usually the quiet one," he said regarding the victory ceremony.

"I told Matt, 'I think it's a dream - I'll wake up tomorrow and this might not be real'.

Trump was in attendance at the match having officially been confirmed as leading the US delegation attending the Closing Ceremony of Pyeongchang 2018 here tomorrow.

She arrived yesterday and is attending several events to support American athletes.

Having finished top of the ranking after the round-robin, Sweden - skipped by Niklas Edin, with third Oskar Eriksson, second Rasmus Wranaa, lead Christoffer Sundgren and support from alternate Henrik Leek - started the final with last stone advantage in the first end.

They used that advantage to blank the first end and then opened the scoring with two points in the second when Edin played a double take-out on two American stones.

Shuster responded with his own double take-out for two points in the third end to level the score.

The US then took the lead in the fourth end after an umpire’s measure determined that their yellow stone was narrowly closer to the button than a Swedish stone, giving them a steal of one point.

In the fifth end, Edin was successful with a difficult draw around some front guards to score two points and take a 4-3 lead into the break.

The Americans took the lead again, at 5-4, in the sixth end when Shuster scored two points with a relatively straightforward draw into the house.

After a complete miss with his first stone of the seventh end, Edin made amends with his second stone of the end to score one point and level the game at 5-5.

In the eighth end, Edin rolled his second stone into shot position but not by enough to hide it behind guards and Shuster then removed it and another Swedish stone to score five points for a 10-5 lead.

Sweden managed to score two points in the ninth end to reduce the American lead to 10-7, but ran out of stones in the 10th as the match reached its conclusion.

Sweden had the consolation of taking their first Olympic silver of the modern era.

They finished runners-up to Great Britain at Chamonix 1924, but have only won one bronze, at Sochi 2014, since the sport was added back onto the Olympic programme in 1998.

Edin adds silver to the bronze he won in Sochi four years ago.

"If we lose two we are going to lose the game," he said regarding the eighth end.

"The five actually made it easier.

"Then you know you’re going to lose for sure.

"So we played the game just to get rid of the frustration that we feel inside and being able to get off the ice, do interviews and get silver medals without throwing them in the sea.

"We tried to compose ourselves, stayed out there a little bit longer to calm down a bit and say good things."